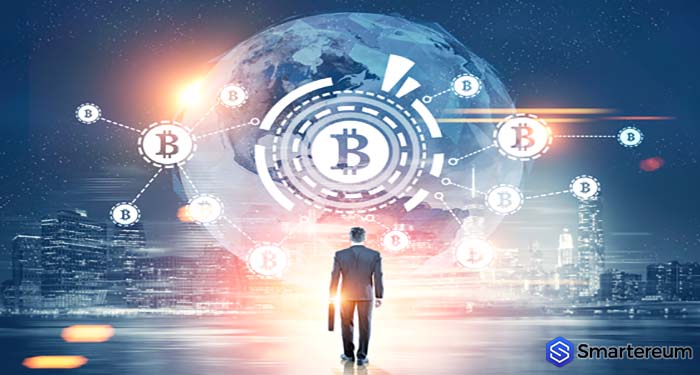 Policymakers need to have basic Bitcoin education in order to advance the national economy into the digital future. This is what to U.S. Congressman Patrick McHenry (R-NC 10), Republican Leader of the House Financial Services Committee told Bitcoin Association founding president Jimmy Nguyen in the first episode of Blockchain Policy Matters, an online video series that aims to educate viewers about the politics that surrounds the adoption of Bitcoin and blockchain technology.

“Education has to be the primary driver here. Most policymakers are not informed about the basics of cryptocurrency, the basics of blockchain technology—just the basics. So, we need that base level of education to rise and then we can build off that platform…. Right now, that baseline of education for policymakers is very important, because what we don’t need out of Washington or the states is to restrict or crush or try to kill this type of technological advancement,” McHenry said.

And hindering the advancement of blockchain technology is truly the last thing the United States needs—what with its economy suffering greatly due to the coronavirus pandemic. And with many businesses shifting online, it would be a huge disadvantage to the entire nation if the government does not accept and make use of this new technology. As it is, McHenry said that the government is already lagging behind in terms of information technology, and the United States is considered to be a global technological leader.

“The federal government is very far behind, they haven’t caught up with APIs and on top of that, we’ve seen an enormous number of data breaches in the federal footprint…. Those honeypots of data and information—the federal government keeps building and is intentional about building up these really clunky, last-generation systems—so the federal government has to advance dramatically. I think blockchain technology for our federal record-keeping is really quite right, but that is going to take quite a while to do,” McHenry explained.

Policymakers should really give a bit of their time to gain a basic Bitcoin education. This will not only allow them to better understand Bitcoin and blockchain technology and keep up with the times, but it will also clear their thoughts about previous biases and misconceptions about blockchain technology. Once the technology is admitted to be necessary and its benefits are accepted as real, then lawmakers can move forward and apply it to their respective states and on to the entire country.

‘[North Carolina] wants to purposefully be a leader in blockchain technology and in putting more onto a blockchain across the governmental footprint to give people open access to their data…. I think it’s a huge opportunity at the state level and I think it’s going to be the big driver here in the United States for federal policymakers to catch up,” McHenry added.

Bitcoin Association, in its commitment to providing accurate Bitcoin education to audiences worldwide, offers a free introductory course to Bitcoin Theory through its online educational platform Bitcoin SV Academy. The knowledge is available for free, all that is needed is policymakers’ willingness to learn.