Smartereum
Home Blockchain Mogul Productions Review 2021 – Is It Worth it? 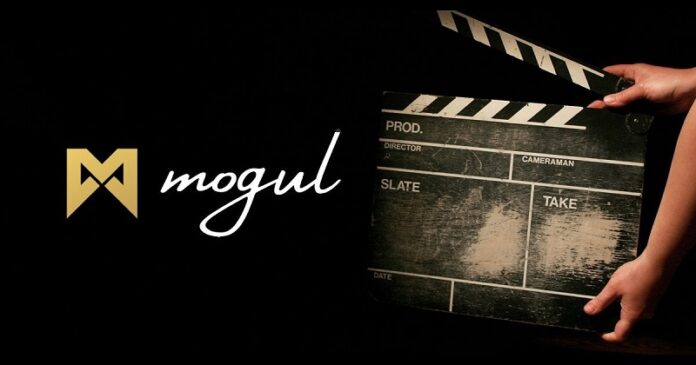 One of the latest in a string of startups focused on the current craze for crypto-currency, Mogul Productions aims to make movie fans a part of film financing through the use of DeFi, or decentralized financing, and NFTs (non-fungible tokens).

Combining the popularity of both cryptocurrency and NFTs, Mogul Productions claims to offer a new form of financing for feature-length films. It’s a community approach that wants to bring together fans, aspiring creators, and experienced industry professionals to create an entirely new way of funding movies.

According to the website, the founders of Mogul Productions want to “give everyone a voice in the filmmaking process.”

Today, we’ll take a look at the inner workings of this new app, and let you know if it’s legit and worth your time and money.

What is Mogul Productions?

Mogul describes itself as a “decentralized film financing platform” and currently boasts more than 50,000 users.

It wants to attract movie buffs, lovers of cryptocurrency, and wannabe filmmakers for a novel way of financing movies, which are traditionally big-money projects only completed with the backing of studios that have the necessary capital.

Launched in February 2021, Mogul asks its users to vote on scripts submitted by both aspiring film lovers with no experience and experienced, award-winning professionals that have signed on to work with Mogul.

Anyone with the app can participate in Mogul film projects through a token system built on Ethereum. The more tokens you buy, the more rewards you receive. Top donors can even expect to receive an executive producer credit on a Mogul film.

That may not sound too dissimilar to the traditional buy-your-way-in Hollywood model, but the site claims that the token system has safeguards to prevent any one person from having undue influence on the voting process.

How Does Mogul Productions Work?

As far as we can tell from some quick Google research, there’s no precedent for funding films with decentralized financing.

It’s undoubtedly an idea that will appeal to many people, but how does it actually work?

Mogul app users can purchase STARS tokens, which are based on Ethereum.

Users then stake those tokens to vote on Mogul film projects, buy Mogul products, or receive rewards, which can include NFT film posters, free movie tickets, special access to actors, directors and filmmakers, or tickets to future Mogul events (presumably once large gatherings for movies become a possibility again).

The token is used as an in-app currency to power the Mogul platform.

What Mogul Means for Filmmakers

It’s only been three months since Mogul Productions launched, but Mogul has already successfully funded its first film.

Mogul recently announced that shooting had begun for “Bonded,” which the company describes as “a socially conscious drama inspired by a true story of a young Mexican teenager who is exploited by human traffickers and sold into slavery in Los Angeles.”

Mogul said the film “boasts a stellar ensemble cast and delves into social issues that are as prevalent as ever in the modern day.” The writer and director of “Bonded,” Mohit Ramchandani, said the movie aims to raise awareness about modern-day slavery.

The company’s founders want their community to have an ongoing conversation about not only the method for funding the project, but the social issues it raises. The film will be released first on the Mogul app for users to watch on their own time, promoting a dialogue between the filmmakers and the fans.

What Mogul Means for Fans

If you love both films and crypto-currency, then you are definitely the target audience for Mogul.

The app’s users purchase the STARS tokens as the in-app currency. The tokens are based on blockchain technology that Mogul says is “cost-effective, trackable and auditable.” The technology behind Mogul and its platform are robust and the team claims to have been developing the product for nearly two years before launching.

The tokens are the primary currency in the Mogul app, allowing buyers to gain inside access to Mogul films and potentially receive profits from Hollywood films. When movies are distributed, Mogul shares 50% of film profits with token holders, where the token holders can vote on what they collectively want to do with the funds.

Mogul partnered with Marvel and D.C. Comics artist Rob Prior, who created film-inspired artwork that was then turned into NFTs auctioned off on the company’s DeFi platform.

There’s also Mogul Live, a talk show for users to watch interviews with the actors, directors and producers of Mogul films. The site doesn’t offer much information about Mogul Live, other than that it will be hosted by James Pratt and will focus on Mogul projects with the actors and filmmakers involved.

It’s easy to see how a successful indie film backed by crypto-currency and a small number of fans could change the struggling film industry.

As far as we can tell, the draw here is more about the possibility for fans to have ongoing conversations with filmmakers. Social media has already built bridges of dialogue between major industry players and everyday people, and Mogul seems intent to go a step further, and try to put those people in the same digital room.

Movie theaters have been suffering for decades, from piracy, home theaters, and now streaming. Those who miss the personalized experience of the theater may find a new way to interact with the artform through Mogul. Who wouldn’t want first dibs on watching a new film from the comfort of their home?

If you’re in that category, then Mogul could be worth trying out.