Smartereum
Home Curated The Rules on Betting in the US are Changing, and California Could... 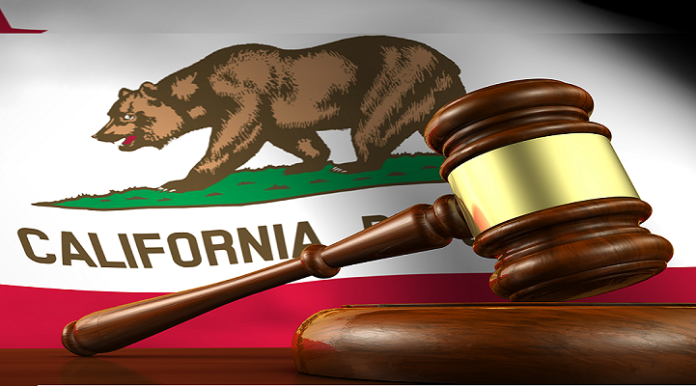 The rules and laws on sports gambling are changing in the US, with officials at the White House handing the power of decision to individual states. It is now in the hands of governors in each state to decide on whether they wish to continue the current ban on sports betting or open up the region to the benefits and financial gains of the gambling industry. Many areas have already chosen to go with the latter.

The laws in California are of particular interest to Americans who have been following this story. A ballot on the matter is set to be held in 2022, which will decide on the future of sports betting and the best way for one of the country’s most famous regions to move forward. The eyes of the industry will be on the outcome of that one, and the results will have a far-reaching impact.

In this article, we update readers on the current state of play regarding sports gambling in the United States and what could be changing in your region soon.

For many years if you wanted to place a bet on sports or play your favorite casino game, such as roulette, poker or blackjack, you had to travel to a legal and licensed casino in Las Vegas. Many tourists from America and around the world arrived in Sin City to gamble, play and enjoy the relaxed rules. After having their fill of gambling, they’d gather up their remaining cash and head to their home state where betting was illegal.

The set-up was great for Las Vegas, but it was far from ideal for sports fans who enjoyed having a financial interest in the outcome of matches from the NFL, NHL, NBA and more. Critics also said it led to an increase in gambling losses as visitors knew they were only in Vegas for a short time, so they bet more cash than they would do at home and made less informed decisions under the bright lights of Vegas.

Traveling to Vegas proved a deterrent for most who had planned to bet on sports and helped keep the gambling numbers down to a manageable amount but all that changed. When the government allowed states to set their own rules on sports betting, we saw several rush to legalize betting. New Jersey was the first of many to swap sides. NJ allowed bookmakers to target customers in the area and trade on sports betting. Other states soon followed New Jersey’s example, but some refused, sticking to the traditional laws on betting.

Power to the people

Then there were the states who hung around somewhere in the middle. The riches offered from sports betting taxes and increased tourism appealed to them, but the risks involved in allowing bookies from across the world to descend on their area and target their citizens was a worry. Was it a risk worth taking?

Certain arrears put it to a vote. They asked politicians their views then passed it over to the public. This was a rule change that would have an effect on most, so it was only fair the people had their say on the future. This is the situation California finds itself in at present, and 2022 will be a huge year for all concerned. It could be a year that is added to the history books and discussed for generations how the people legalised betting or upheld the ban.

It’s not just in America the outcome of this ballot matters. The eyes of the watching world will be on California when they go to the polls next year. That’s because many residents already bet on sports using a website or smartphone app connected to an overseas bookie. There are no rules or laws that ban betting with a foreign online sportsbook, and that’s unlikely to change, but the top international firms may well see competition increase overnight.

The ballot is one to keep tabs on. It doesn’t just affect sports gambling but also casino and poker play, where the majority of gambling takes place online via desktop computers and mobile apps on Android and iOS devices.