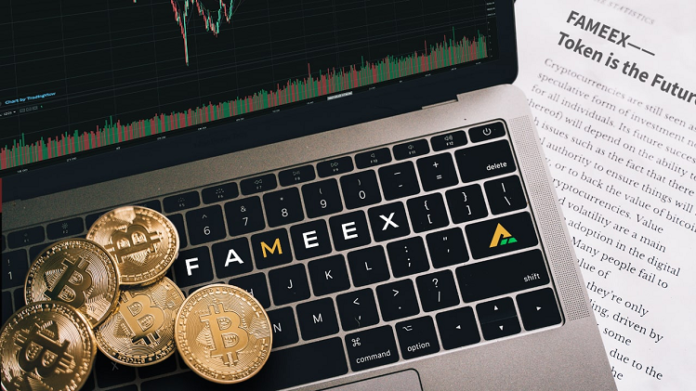 The Australian-based cryptocurrency exchange FAMEEX has received multiple complaint reports about imposter scams, including phishing websites in recent weeks. FAMEEX posted an announcement on its official website last week and also warned the communities that do not click any unknown link or go to unknown websites on your devices even though the sites may look very similar to the official one. Crypto fraud has been a core issue among authorities from many countries and prior to FAMEEX, Huobi and Binance also fell victims to the scammers not long ago.

Hackers usually steal data and financial information via text messages or phishing websites. According to the FAMEEX team, several Chinese netizens complained that they had received some documentation from the authorities, which looked like papers from “the banking and insurance regulatory commission” to them, citing that they needed to make a deposit on the FAMEEX trading platform otherwise their funds would be frozen. They, therefore, were instructed to download the fake FAMEEX App and deposited 60,000 RMB ($94,959) in total. FAMEEX said that the Chinese authorities never sent the documentation and reaffirmed that its platform has terminated any services to Chinese users since last year in order to comply with China’s sweeping ban on crypto.

Apparently, this recent imposter scam is yet another scam happening to FAMEEX. One fake FAMEEX Indonesian Telegram group was created by fraudsters, peddling their own projects, trapping investors, and scamming crypto rookies who thought the chat group was founded by the FAMEEX team. Encouraging users to follow the official social media outlets, the FAMEEX operations team provided ways to identify common scams in the announcement released last Friday (Mar 4).

Another prominent trading platform Huobi spotted several types of scams, including romance scams and Ponzi schemes. Scammers also pretend to be representatives of Huobi and create fake chat groups on Telegram to lure investors to fall into the trap back in 2019. Chinese authorities arrested 10 people who operated the scam involving fake Huobi tokens.

Last year, a Coinbase user fell for a fake notification scam and lost $11.6 million in 10 minutes. A US federal judge then approved a warrant to find back the funds in Bitcoin from a Huobi Global wallet, after investigators said it was part of an $11.6 million stolen from a Coinbase account.

Binance CEO Changpeng Zhao has conveyed his concerns about scams. “There is a massive phishing scam via SMS with a link to cancel withdrawals. It leads to a phishing website to harvest your credentials as in the screenshot below,” Zhao tweeted in February, admitting deceptive phishing runs rampant.

Regarding the latest scam report, FAMEEX immediately released an announcement on its official website and communities. Reaffirming its customer service team does not initiate any private chat with users, FAMEEX reminded users the best policy is to stay alert and do nothing other than contacting FAMEEX customer service team through Telegram or Email if encountering any suspicious situations.