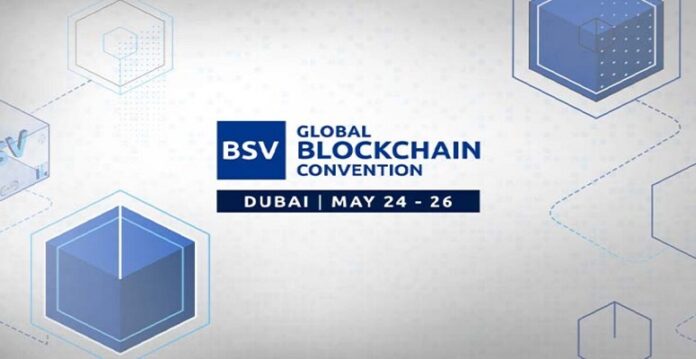 An enlightening discussion about IPv6 and how, combined with a scalable blockchain, it can do a world of good closes the second day of the BSV Global Blockchain Convention in Dubai. The convention kicked off on May 24 and will last until May 26.

The three-day event aims to create awareness and educate both individuals and businesses about the need for scalable blockchain on which many data applications benefitting different industries can be built on. This also includes creating a better Internet that will usher in a new age of technology, which includes artificial intelligence (AI), the Internet of Things (IoT), and augmented and virtual realities (AR/VR).

The second to the last keynote presentation of the day is given by IPv6 Forum Founder and President Latif Ladid, who is also the co-founder and co-chair of the IEEE 5G World Forum, a member of the United Nations Strategy Council, an Emeritus Trustee of the Internet Society, and a Steering Committee member of IEEE Blockchain Initiative.

After discussing the history of the Internet, Ladid explains how it has currently run out of IPv4 addresses. With only a million IP addresses, they are reserved for use by large servers only; and it is impossible for a single person to have a unique IPv4 address.

“We should not use network address translation because that’s what we are using today, so this is cutting basically the end-to-end concept. And in some places, you can find 2,000 people using the same IP address. So if somebody’s a criminal, then most probably the police is going to pick up the wrong guy. Otherwise, they have to collect all these 2,000 guys to find the right guy. So, it’s very, very important to have that single identity,” Ladid said.

And this is why there is a need to transition to IPv6, which has scaled to be able to provide single identities—unique IPv6 addresses—for everyone. Ladid points out that even if IPv6 gives out 10 million addresses per second, it would still take approximately 58,000 years before it completely runs out.

Once single identities are possible, true peer-to-peer communication will be enabled through a scalable blockchain. Ladid chose the BSV Blockchain, the largest public blockchain and the only one that has unleashed limitless scaling, to work with because he can see the beauty and logic behind nChain Chief Scientist and Bitcoin creator Dr. Craig Wright’s original vision for Bitcoin realized in Bitcoin SV (BSV).

More famous for his pseudonym Satoshi Nakamoto, Dr. Wright is then introduced as the keynote speaker that will close Day 2 of the BSV Global Blockchain Convention. He starts off by saying how he created Bitcoin to scale so that everyone in the world can afford to use it.

“[Bitcoin] should scale. It should be cheap. There’s a reason for this, because most of the world’s population can’t afford things when they’re expensive. We don’t need solutions to help the rich do banking. Really. We’ve had those for a long time. We need solutions to help people who aren’t included in the global economy,” Dr. Wright explained.

“We need a way of making machines talk to machines cheaply, so that we can actually start implementing these globally. IoT is going to be taking off, and we don’t want a series of walled gardens owned by a few large corporations. We want interoperable systems… so people could talk to people,” Dr. Wright added.

And this is what proper peer-to-peer communication should be. The system that BTC, ETH and other digital currencies are using right now is that a sender’s transaction goes through servers first before being received on the other end. And when this is why servers become congested when there is a surge in transactions, resulting in failed transactions that are usually non-refundable and network crashes.

“But rather than communicating via servers, when people communicate directly, the level of security goes up. Those middlemen—the email server, the FTP server, the web server, the storage cloud—those systems are the vulnerabilities in our networks,” Dr. Wright said.

“Simplified payment verification (SPV) should be a critical aspect of how any blockchain works. You don’t scale by sending a transaction to the Internet, bouncing around a mesh of servers, and trying to find it on the other end. There’s a reason that doesn’t scale,” Dr. Wright added.

And when these third-party intermediaries are taken out of the equation, a purely peer-to-peer network can be scaled. This then allows for the efficient transition to more innovative and efficient technology that will propel the world into the fifth industrial revolution.

Something as simple as a business knowing where a product is on the supply chain and being able to communicate directly with suppliers to speed up deliveries and avoid wastage of raw materials, which translated to time and money, is made a reality.

A grander vision would be preventing another pandemic or finding a cure to previously incurable diseases like cancer with a global healthcare database that allows for scientists and other healthcare professionals to gain access to more detailed and encompassing information.

Dr. Wright’s speech is something that can be easily understood even by non-technical people due to the simple logic behind it. The question is why is most of the world still hung up on popular blockchains that are unscalable?

“The whole aspect of negotiating with people and trade means making agreements—coming to agreements with other people. This is something that the Silicon Valley crowd wants to take out. Because it’s about control. It’s about advertising. It’s about a model of the Internet, not based on small micropayments, but walled gardens, because they’re deadly fearful of change, because they have control,” Dr. Wright revealed.