Smartereum
Home Cryptocurrency Lilliput is Listed on Huobi, Opening a New Era for its Market... 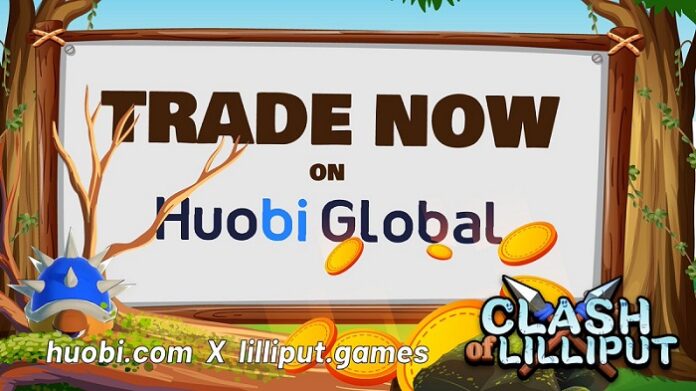 According to the official announcement of Huobi, one of the global largest digital asset exchanges, Lilliput (COL) was listed on Huobi Global. The deposit is open at 5:00 (UTC) on June 16, 2022; while the withdrawal was live at 10:00 (UTC) on June 17. This listing marks the market’s high recognition of Lilliput in the field of GameFi. 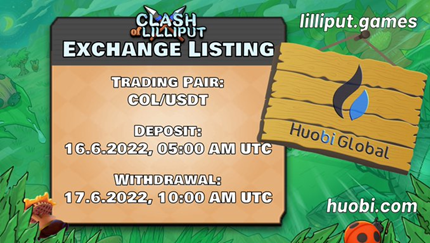 Since it got listed, the COL price rose to highest 6 times, and it is now maintaining at a high level of 4 times. In the meantime, Lilliput is opening a 80,000 USDT prize pool to welcome the new era and reward players and users. Lilliput’s going public on Huobi is a solid proof of its great contribution and innovation in GameFi, also marks its key step of global expansion. The listing was eye-catching and can greatly enhance Lilliput’s reputation in the global market. 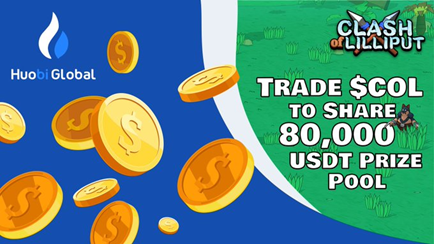 Lilliput is an SLG game based on the scenario of a race of miniature people building a tribe to help their survival and prosperity in a dangerous world. Players can cultivate their tribe by recruiting workers, collecting resources, upgrading buildings, and researching technology across the Lilliput Kingdom. In the Lilliput Kingdom, players are able to train warriors and raise pets to strengthen their armies, and by commanding their armies, players can take part in the PVE game Secret Challenge. They can attack other people’s cities through PVP to plunder their resources, which can be used to upgrade their own cities and advance their technology to develop stronger armies. Players can also take part in PVP ranked matches against other players in offensive and defensive battles. Victory in ranked matches earns the player points, and each season is ranked according to the points. Token rewards are awarded at the end of the season according to the players ranking. 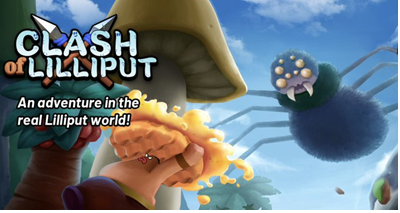 With the popularity of Play to Earn and GameFi, DeFi games are currently favored by the market and users. This listing on Huobi is Lilliput’s first global expansion move and proved its great potential. Lilliput’s future progress and development is worth expecting.