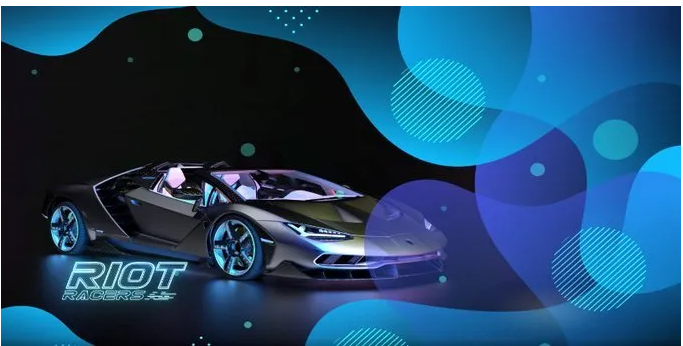 Blockchain games are disrupting the traditional video game market by introducing new paradigms around what it means for players to buy, own, and sell game assets. In the standard video game model, players are limited with what they can do with their in-game purchases. However, blockchain games allow players to truly own parts of the game they play, even affording players the opportunity to sell their NFT game assets on the open market.

As players buy and collect multiple game assets, one of the challenges they face is that they’re not always able to use them to their fullest potential. Instead of leaving the game assets underutilized though, many players have found complex ways of sharing the game assets with other players—usually at a profit. This practice is common with many blockchain based games, such as Axie Infinity. However, these games weren’t designed with this kind of sharing in mind, and the process is risky for both the asset owner and the renter. This is where Riot Racers has changed the game.

Riot Racers is a blockchain based car racing game, where players use their NFT Cars and Drivers to compete with one another on virtual racetracks. Riot Racers is also the first blockchain game to build a safe and reliable way for players to rent their game assets to other players. This unique system ensures that the asset owners won’t lose possession of their prized NFTs, and it provides a way for renting players to keep their share of any in-game rewards they’ve earned while playing. It’s an ingenious solution that is revolutionizing the crypto-game space.

Riot Racers Rentals: How it Works

If you do not yet own your own Riot Racers Car or Driver, you can easily rent one by visiting the rental marketplace right on riotracers.com. The best part: renting is absolutely free! You can get started playing right away without having to first purchase an NFT.

For the players that own the NFT Cars and Drivers, they set a reward share percentage that is advertised along with the game assets on the Riot Racers rental marketplace. When the renting player earns race rewards while playing, a percentage of the rewards are automatically divvied up with the owner. The entire process is seamless, and it allows for new players to get started playing right away. It’s also a great way for experienced players to try out different cars before committing to purchasing one.

By eliminating the risk from NFT sharing, Riot Racers has become the new standard that all other crypto games are likely to follow. Renting players are guaranteed to receive the rewards they’ve earned while playing, and the NFT owners are able to hold on to their game assets while maximizing their utilization. The fair and transparent system creates a win-win situation for all players.

Since the launch of their game earlier this year, the Riot Racers team has not slowed down. They continue to add new features and innovate in the space. One of the new additions to the game is Car Upgrades, where players can improve the performance of their cars with upgrades to the engine, drivetrain, supercharger, and more. Adding these customizations to cars brings another facet to the game, along with Driver skills and the player’s race strategies, to create a dynamic gaming environment that keeps players on their toes.

The Riot Racers team has announced other game features that are also in the works, including a player achievement system and Billboards being added to the races. It’s clear that the team has not let the current crypto winter slow their momentum. They’re continuing to build, and the latest features are adding even more value to a game that has already outpaced many others. The Riot Racers rental system is just one of the ways the game has become a true game-changer.