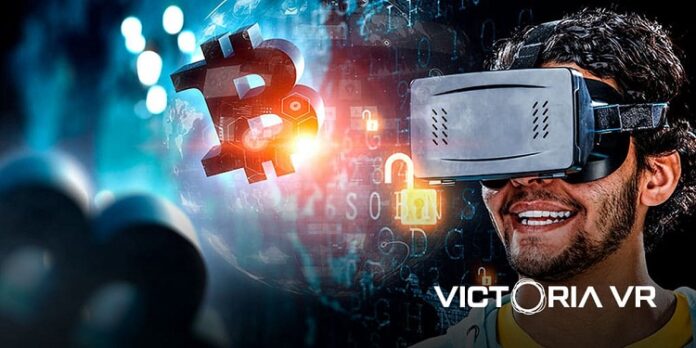 The adoption of metaverse is expanding at an exponential pace, as more businesses realize the disruptive potential of Web3, virtual and augmented reality (VR & AR), decentralization, and everything related to the new iteration of the Internet. The US Securities and Exchange Commission (SEC) reported that the term ‘metaverse’ appeared over 1,100 times in the first half of 2022, up from about 260 mentions in the entire year of 2021.

A recent report from Deloitte concluded that “the metaverse may become a paradigm shift for consumer and enterprise behavior, analogous to the introduction of smartphones.” The emerging ecosystem is fostering a huge market that could grow to $13 billion and five billion active users by 2030.

It remains to be seen whether these estimations will materialize, but the certain thing is that the metaverse has a bright future. Moreover, it will shape our future from the ground up. The ubiquity of the Internet will gradually be replaced by metaverse applications.

The rebranding of Facebook to Meta highlights the big bet on the concept of a new Internet that revolves around a 3D virtual reality, decentralization, and orientation to communities. However, while tech behemoths may lead the metaverse trend in the coming years, there are many young companies that will contribute a lot. One such example is Victoria VR, a revolutionary blockchain-based Virtual Reality (VR) Metaverse platform.

What Is Victoria VR and How Will It Shape the Future of Metaverse?

Victoria VR users will be able to explore a virtual reality world and live their digital life. The ecosystem will have a big influence on the overall metaverse market thanks to its unique combination of advanced features enabling multiple use cases, with users being able to play games, develop their digital real estate, operate an online business, access entertainment, learn, socialize, and more.

The core element of Victoria VR’s metaverse is its virtual world, which can be shaped by users at their will. The virtual reality is powered by Unreal Engine (UE), the world’s best gaming engine in the world at the moment. It has been used by many AAA gaming studios due to its high-quality graphics and advanced technology.

The upgradeable engine and technologies used by Victoria VR make the platform future-proof. The metaverse will have a self-sustaining economy fueled by a utility token as well as digital assets in the form of non-fungible tokens (NFTs), which can represent anything from virtual land to in-game assets and digital art. Individuals and businesses can possess digital real estate in the ecosystem by purchasing their own VR Lands through auctions. The lands can eventually be mined for resources and used to build any type of content.

Victoria VR users can explore a world made of five basic elements, including wood, fire, earth, metal, and water. These elements are part of Victoria VR’s DNA and are inspired by the ancient art of Feng Shui, representing the five regions in its virtual world.

While the virtual world is currently owned and managed by the Victoria VR team, it will gradually let the community have more control through a Decentralized Autonomous Organization (DAO).

What sets the Victoria VR metaverse apart is a unique combination of attributes and features, including:

These and other features enable Victoria VR to secure a leading position in the emerging metaverse market. It will be a unique blockchain-powered metaverse with realistic graphics allowing users to benefit from countless opportunities.

Later in September, Victoria VR will be one of the main attendants of the “Future of VR/AR/Metaverse” event at the Czech Embassy in London, UK. The event will explore how metaverse will shape the future, especially from a business perspective.