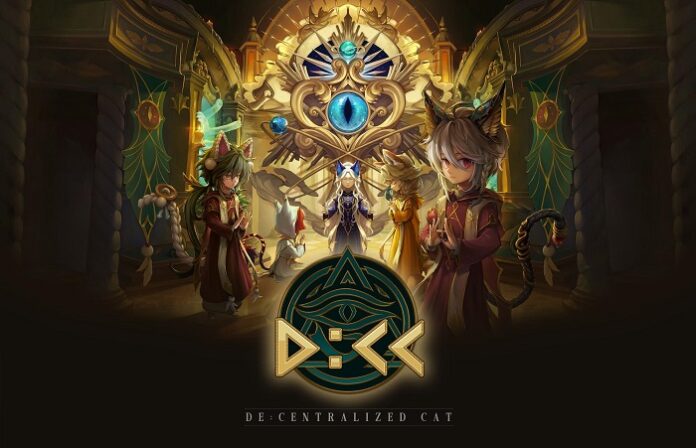 A fully decentralized fantasy MMORPG powered by the player Nine Chronicles is launching an NFT Project called D:CC, which grants its holders exclusive perks and in-game utilities. The minting of the PFP (profile picture) NFTs will officially open on September 21st.

A total of 4,000 unique PFP NFTs will be released by Nine Chronicles’ D:CC; the candidates of Pinoyan Programs 1 and 2 will be allotted 2800 NFTs and 200  will go to the internal team.

These NFTs are designed by Sangmi Seon (Caesty), an artist and art director with over a decade-long experience developing and leading direction for the art of some of Asia’s top games. She is also the Art Director of Nine Chronicles

Every D:CC NFT has a unique combination of features with different ears, hair, tail, facial expressions, skin, and accessories, which together determine its rarity. The team has put a lot of thought and work into every feature for each combination to create an expressive, one-of-a-kind character.

The project has finally announced additional key dates as well. This week, on Sept. 17, the D:CC team will hold the raffle for those who have registered for the Pionyan Programs – those who have previously signed up after fulfilling each program’s unique requirements.

On Sept. 19, the team will announce the complete list of those on the Allowlist and Waitlist. As part of the presale for those on the Allowlist, each person will get a guaranteed minting of 1 NFT for a price of 999 WNCG (Wrapped Nine Chronicles Gold). In competitive minting, which covers both Allowlist and Waitlist, the minting price stays the same at 999 WNCG, whereas the limit increases to a maximum of 5 NFTs per transaction.

WNCG is a 1:1 NCG-backed ERC-20 token that offers the power of NCG with the flexibility of an ERC-20 token. It is available on many popular exchanges like KuCoin, OKX, BitFinex, MEXC Global, Balancer, and Sushi.

In the public sale, however, the competitive meeting will be available for everyone, with payment to be made in ETH and a maximum limit of 5 NFTs.

D:CC stands for De:Centralized Cat, which is based on the concept of archaic societies like the Illuminati, Knights Templar, and Freemasonry.

According to the project’s official page, our vast universe is the black fur coat of the Cosmic Cat God the Grrreat, and the Earth is his all-seeing blue eye.

D:CC envisions a world where all creatures throughout the universe venerate the Cat, and to achieve this vision, D:CC is working in various fields ranging from societal, economic, political, and technological.

Owning a D:CC-issued PFP NFT means becoming a member of this society. Soon to be released, these PFP NFTs are more than unique digital collectibles, though. As members of the D:CC world, holders of these expressive NFTs will enjoy numerous benefits in terms of exclusive rewards and the ability to vote on future collaborations with more secret rewards to be paid out in the future.

Moreover, these NFTs will play an integral role in the Nine Chronicles as not only in-game costumes and items, but exclusive rewards and additional currencies only available for D:CC holders

The world of Nine Chronicles draws inspiration from Norse mythology to populate its universe. With the arrival of D:CC NFTs, the mighty warriors of the game, get the chance to inhabit an entirely new set of fur-sonas, complete with kitty cat ears and tails, and “imbued with the wisdom and guidance of The Cosmic Cat God The Grrreat.”

These PFP NFTs are an invitation to your alter identity within the Nine Chronicles multiverse, where you can immerse yourself in playing, crafting, and earning.

Building the Game for the Future

Planetarium Labs, the community-driven Web3 game company focused on delivering the future of gaming through decentralized content and technologies, is behind the PFP NFT series D:CC for its popular decentralized RPG, Nine Chronicles.

With its unique NFT collection, the team aims to expand its creative platform and IP. The project is fully open-sourced, allowing creators and modders to use the Nine Chronicles assets for free and leverage them to create new experiences. Planetarium Labs basically aims to build a metaverse with an open-source IP.

Nine Chronicles has further launched additional NFT collaboration events with leading Web3 games such as The Sandbox, Sipher, and Delysium.

Nine Chronicles is the first title developed with Libplanet, Planetarium Labs’ own gaming network library. Planetarium Labs has recently raised $32 million from Animoca Brands and has partnered with the industry’s leading companies, including Binance, Ubisoft, Wemade, Hashed, Sfermion, and SAMSUNG NEXT, to build the future of gaming.