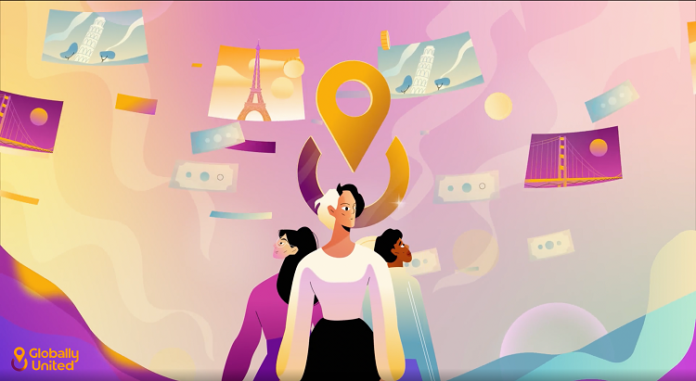 We’ve all heard the saying, “There’s power in numbers.” And it’s never been more true than today when social media has given us the ability to connect with people from all over the world. Whether we’re looking for a support group during a tough time or we just want to share photos and experiences of our latest trip, social media lets us do that better than ever before.

Introducing Globally United, a post-to-earn social media platform, built on the blockchain to allow users to not only share their experiences and cultural knowledge with the world but also earn, travel, and build their dream life.

Creating an authentic image of the world

At its core, Globally United is a unique network geared toward giving its users a tool for breaking stereotypes created by mainstream media and the government. Globally United does this through a global community of local content creators and travelers who can share their experiences both from a local perspective and from an outsider’s perspective thereby creating an authentic image of the world.

Using social media, Globally United is able to unite people from all over the world. Blockchain technology will power the democratic aspect of the platform and will also facilitate cross-border payments between interacting parties.

Simply put, Globally United is geared towards establishing a Web3-powered social media experience that unites cultures and gives travelers an authentic cultural experience of the world.

Breaking down barriers with blockchain technology

Globally United is built on the blockchain, which gives it several advantages over traditional social media platforms.

For one, the use of blockchain means that there is no central authority controlling the platform. This decentralization makes it much more difficult for traditional media to manipulate the narrative and control the flow of information.

Additionally, the use of blockchain means that Globally United is not subject to the same censorship issues that plague traditional social media platforms. When a piece of content is posted on Globally United, it is there for good. This gives users a much greater degree of freedom when it comes to sharing their experiences and views with the world.

Finally, the use of blockchain technology makes Globally United a much more secure platform. With no central authority controlling the platform, it is much less likely that hackers will be able to successfully attack the network.

Oftentimes, despite the availability of travel, the world can feel small for most people since a large number of the global population remains profoundly misinformed or uninformed about other cultures and customs in different parts of the world. This is primarily because the media only perpetuates a single story, which is often driven by political agendas and financial interests.

The result of this is a world that feels increasingly divided. To create a more united world, Globally United is creating a platform where people from all corners of the globe can authentically share their experiences and cultures.

There are several reasons why Globally United is poised to become the go-to social media platform for those looking to connect with people from all over the world.

First and foremost, Globally United is built on the blockchain as the world’s first-ever post-to-earn social media platform. Globally United also integrates NFTs to allow users to verify the authenticity of their posts and to reward them for their contributions to the platform.

Second, Globally United is a completely decentralized platform. This means that there is no central authority controlling the platform. Instead, it is controlled by its users. This decentralization makes it much more difficult for censorship and manipulation to take place.

Third, Globally United has a unique business model that allows users to earn money from their posts. This gives the project potential to take off especially in politically and economically marginalized parts of the globe.

According to statistics, the global travel industry has an estimated market value of $5.8 trillion. In the same breath, market analysts expect the social media industry to grow steadily to a value of over $29 billion by 2027. Globally United’s unique approach combines these two industries to create a platform with immense potential.

Conclusion: A social media platform for the people, by the people

Globally United is a social media platform that is built on the blockchain and designed to be used by people from all over the world. The platform has several advantages over traditional social media platforms, including decentralization, security, and the ability to earn money from posts. Additionally, Globally United has the potential to connect people from all corners of the globe and help create a more united world. As the world continues to drift apart due to the spread of misinformation, platforms like Globally United are becoming increasingly necessary.

Join in on this global revolution by signing up to our waiting list.