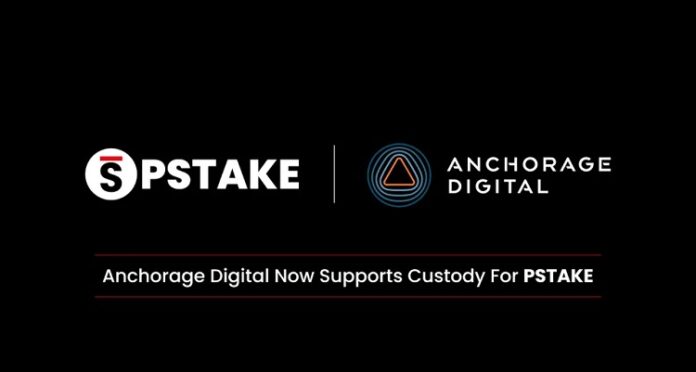 “Institutions are especially interested in participating in the Cosmos ecosystem, and Anchorage is mission-driven to give them access to the many staking protocols emerging, including pSTAKE,” said Diogo Mónica, president and co-founder of Anchorage Digital, in a recent statement.

It is worth noting that Cosmos and BNB Chain have witnessed a massive influx of users over the last few months, with the two networks having accrued the twenty-third and fourth largest networks by total market capitalization.

pSTAKE helps unlock the liquidity of staked assets and is one of the more popular liquid staking solutions for the networks mentioned above, allowing Proof-of-Stake (PoS) asset-holders to receive rewards without sacrificing the liquidity of their tokens.

PoS blockchains are designed using a consensus mechanism called ‘staking,’ where network participants can lock up their digital assets within the ecosystem to help validate transactions and earn a gradual interest in the blockchain’s associated crypto token.

Moreover, the PoS mechanism differs from other consensus protocols such as proof-of-work (PoW)  — which is used by Bitcoin — quite radically, with the latter involving the use of numerous energy-consuming processes such as the deployment of large numbers of computers that have to work in conjunction with one another to solve complex math equations to generate new blocks.

Anchorage Digital’s move to support pStake comes after a series of positive announcements for the firm this year. To this point, during June 2022, the firm established an exchange custody network in conjunction with five other cryptocurrency exchange platforms — including Binance.US, CoinList, Blockchain.com, Strix Leviathan, and Wintermute — to separate institutional client funds from exchanges into regulated asset vaults.

Furthermore, late last year, Anchorage secured $350 million in a funding round led by investment bigwig KKR while obtaining a federal bank charter, making it the first digital platform to own and operate a federally chartered crypto bank.