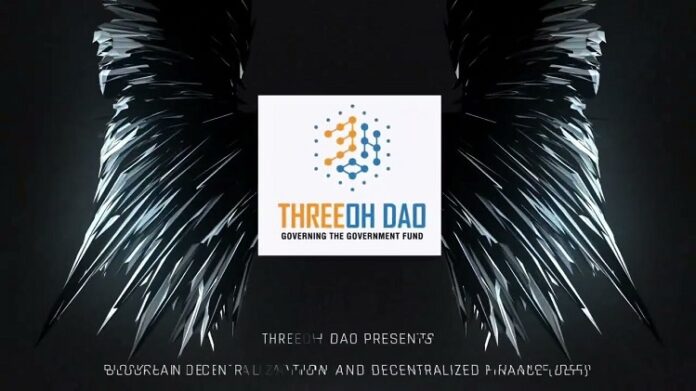 The blockchain space is being touted as one of the most disruptive and transformative sectors of the current age, with the potential to change every industry under the sun.

From finance to supply chains and even obscure sectors such as contemporary art, the power of blockchain technology has been seen through cryptocurrencies, NFTs, and smart contracts that all together work to bring us closer to a Web 3 internet.

However, while there is much more focus on creating new blockchain-based innovations and decentralized solutions, less attention is given to identifying political and legislative factors and their effect on blockchain projects.

Lack of Political Advocacy for DeFi

Until 2013, most of the excitement around decentralized finance revolved around Bitcoin’s underlying protocol, which has pioneered the entire crypto industry. From then on, attention shifted from Bitcoin to the potential application of its underlying distributed ledger technology. The hype around the technology was fueled by a diversity of actors, including political actors.

Over the years, as the DeFi sector has expanded while achieving different levels of success, political eyes have continually shifted towards the DeFi community at large. On the one hand, some have supported the sector, even making Bitcoin legal tender, as seen in El Salvador. In contrast, others have moved to implement drastic regulations to ban the entire sector in their jurisdiction.

“The U.S. has a huge opportunity to embrace Web 3.0 and the infrastructure it’s built upon, but  we are falling behind due to a lack of clarity on numerous issues,” said 3OH Founder, Dustin Dill. “There are legions of people who have a stake in these industries and want to advocate for smart policy solutions.”

Overall, politicians and their governments have made several attempts to regulate the DeFi sector, monitor it, and even create their own DeFi platforms, as seen with the advent of Central Bank Digital Currencies.

Good examples of government policies and their impact on the DeFi landscape include the crypto hearing in Washington DC in December 2021, where crypto exchange CEOs testified before the House Financial Services Committee. While such events showcase mainstream attention towards the DeFi space, they also highlight a lack of political advocacy for the entire DeFi industry.

Given the lack of advocacy for the crypto and overall DeFi community, ThreeOh DAO was formed as a decentralized autonomous organization funding a pool of decision-making mechanisms supporting political action towards crypto-friendly government policies and legislation.

At its core, ThreeOh DAO is giving regular crypto enthusiasts a way to fund politicians that support proper DeFi advocacy. Given that politics in its current state is almost entirely controlled by corrupt money, ThreeOh DAO’s idea is to govern the process that determines politicians receiving funds from PACs (Political Action Committee) that lobby for crypto-friendly legislation.

Therefore, instead of having representation from a select few in the DeFi space, ThreeOh DAO seeks to create an environment that will establish a unified voice within the DeFi space. This unified voice and vision will help craft local, state, federal and international legislation that reflects the needs of the entire industry.

Moreover, ThreeOh DAO will collaborate with educational platforms to create learning opportunities for new and interested investors, policymakers, and elected officials to ensure that stakeholders make informed decisions on the industry.

Finally, members of the ThreeOh DAO will have many incentives for participation, such as the opportunity to earn dividends while benefiting from staking ThreeOh DAO’s native token.

How does ThreeOh DAO Work?

ThreeOh DAO is designed to create a quasi-democracy where token holders can vote and monitor whether or not a politician is voting per the vision of the DAO community.

As the popularity of cryptocurrencies continues, politicians, policymakers, and opportunists are starting to pay attention to the power of digital currencies and their underlying technology, blockchain. For this reason, lawmakers across the globe have started to formulate legislative policies that will have a long-lasting effect on the entire DeFi industry.

The FATF (Financial Action Task Force), an international organization offering guidelines to governments on formulating financial regulations to combat money laundering, has highlighted the need for countries to pay special attention to cryptocurrencies.

ThreeOh DAO’s approach is to set up Super PACs to raise money from corporations, individuals, and unions based on similar political goals. These PACs will act as treasuries supporting a specified cause, and the collected funds will be used to lobby for DeFi advocacy through politicians who seek to support DeFi.

For instance, a politician with an excellent voting track record on all three critical criteria will receive an A+ rating. Such a politician will be able to receive funding from the DAO to lobby for the Supper PAC’s agenda and what it hopes to influence.

Plus, ThreeOh DAO will deploy a voting system that will give each wallet a vote, democratizing power and eliminating whales from sliding in and shifting the vote to their favor.

With industry-impacting legislation and midterms on the horizon, 3OH has put together a strong group of policy and political experts to help achieve their goals.

Dave Barmore, was named 3OH’s Campaign and Public Affairs Director. Barmore is co-founder of Runway Strategies, a strategic policy advisory firm. He previously worked in Congress, and was an early policy hire at Uber. He will lead the day-to-day operations of 3OH’s policy and advocacy work in D.C.

Jennifer Mullin will lead strategic communications for 3OH. She is a former communications director in the U.S. Senate and led public affairs campaigns at Exelon, Uber and The Glover Park Group.

ThreeOh DAO is set to impact the crypto and DeFi community significantly. To expand its reach and influence, ThreeOh DAO will incorporate NFTs (non-fungible tokens) with an NFT library that will include several investment opportunities.