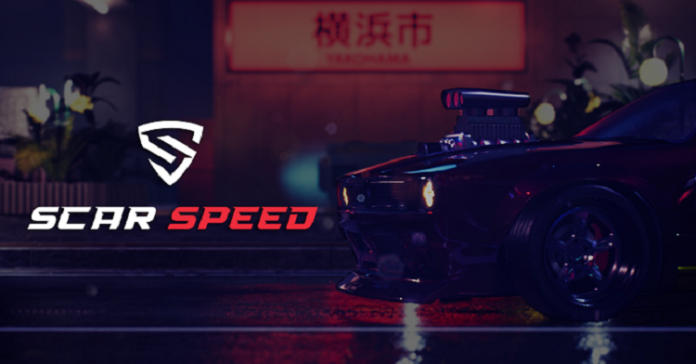 Scar Speed continues its mission of bringing NFT and race car enthusiasts together with a AAA-grade racing game on blockchain.

Scar Speed is a car racing and battling game developed by Arcadian Lab and Renesis Tech, one specializing in building games and the other in blockchain development. Unlike other NFT projects in this category, Scar Speed aims to bring forth an interactive, free-to-play and entirely skill based gameplay to gamers geared specifically for mass web3 adoption.

The game has the potential to completely revolutionize the blockchain gaming ecosystem as it focuses on utilizing blockchain technology to allow players to truly own their game earnings as NFTs and cryptocurrencies as opposed to purchasing NFTs to experience the game and so on.

To win in Scar Speed, you must use your racing skills and Power-Ups that are picked up in-game. These Power-Ups grant players special abilities that can provide a strategic advantage over other racers and can turn the tide of any race. The game is described as a combination of Need for Speed and Mario Kart.

A solid fusion of pure gaming elements with blockchain packs a punch. Given the fact that underneath the skill-based gameplay is a play-and-earn mechanic, allowing players to own in-game earnings as NFTs and digital assets. The game is built around a player-owned economy where players buy, sell, and trade resources they earn in the game. The crafting mechanic in the ‘Car Factory’ allows players to build and optimize cars (NFTs) that can be sold or held onto.

Scar Speed is an open-world car racing and battling universe explicitly built to cater to and foster a robust community of car game enthusiasts.

The core of Scar Speed’s gameplay is racing other players, using Power-Ups to battle them and get a tactical edge. Power-Ups are the differentiating factor that can turn the course of any race or battle when used appropriately.

Various game modes within Scar Speed require players to re-evaluate their strategies accordingly. Game Modes are the primary way to enter competitive racing and battling matches that put players against other players of similar skill levels.

Here is a closer look at the game modes included in Scar Speed.

The Cars of Scar Speed

Each car in Scar Speed is comprised of five core stats that players adjust when receiving their NFT car.

Players can use different stat combinations that will tend to varying degrees of gameplay. After purchasing an NFT car, players can adjust the core stats for free; however, changing stats after that will cost the player. Players are given ten stats for each car, which are as following:

To sum it up, Scar Speed integrates the best of both worlds: exciting world of Play-to-Earn games and infuses it with thrilling free to play skill-based gameplay to bridge the gap between blockchain and gaming. With exciting projects like this, the line between blockchain games and traditional games grows thinner, introducing a whole new crowd to this once niche space.