The price of Bitcoin Cash has not been able to move above the $900 zone and it has decline against the USD. Although there is a short-term bullish trendline that has formed support at $865, the Bitcoin Cash to USD pair needs to stay above the $860 level if it is to avoid more losses.

Bitcoin Cash price didn’t just fail to move above $910, it started moving downside. The bears reacted and pushed the price below the $880 level. Also, the Bitcoin Cash to USD Pair broke below the 50% Fib retracement level of the previous wave from $826 to $927.

At the time of writing the Bitcoin Cash price was appreciating above the $860 area with a bullish trendline near the $865 support level. The trendline is positioned near the 61.8% Fib retracement level from the $826 to $927 level and the 100 hourly SMA is near $860. This makes the $860-865 support zone important. 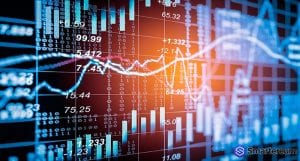