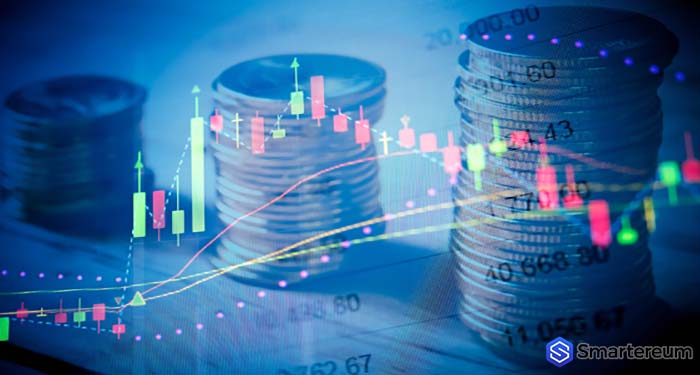 MakerDAO’s MKR token, which is behind the DAI Stablecoin, has overtaken Ethereum to become the third most expensive cryptocurrency behind bitcoin (BTC) and bitcoin cash (BCH). Its value is closely tied to the adoption of the DAI stablecoin, and this could be a good thing.

How MakerDAO (MKR) stabilizes the DAI

In simple terms, DAI Stablecoin is the main currency for MakerDAO while MKR is the coin that stabilizes it.

Normally, Ether is used to keep DAI stable. Through an ethereum smart contract, ether is used as a sort of collateral to back the DAI issued. When the value of ether goes below a certain threshold, it is sold off to retain the price of the DAI.

This is essentially how stablecoins are kept at a stable price. Though in reality, there is a need for a second layer of support besides the ether particularly for large drops. For DAI, this support comes from MKR.

The holders of MKR monitor the price of the DAI; if the there is a big difference in the value of DAI maybe because ether was not sold in time or if there isn’t enough ether, then MKR token is created and sold on the open market. A classic case of this happened in January when MKR lost a market cap of about $300 million to keep the DAI stable.

The holders of MKR, therefore, endeavors to keep the DAI stable to prevent their MKR tokens from be devalued each time new MKR tokens are created. For governing the MKR smart contracts, owners of MKR are paid a fee.

Two major things are expected this year in cryptocurrency space. First, cryptocurrency is expected to go mainstream proper this year. Secondly, this is the year Decentralized Exchanges, which are safer and more secure, take the place of third-party exchanges.

Interestingly, stablecoins like the DAI is key to achieving both. And the price of MKR grows as the DAI grows in use as a currency.

When these decentralized exchanges become the norm, DAI could provide an alternative to fiat currencies like the USD, or bitcoin which is slow. Also a stablecoins like DAI will be preferred (ahead of volatile options like bitcoin) for day to day transactions as cryptocurrency goes mainstream. Actually, analysts believe that MKR has the potential to dethrone Bitcoin in the future. DAI is also favored to be adopted on the leading 0x DEX considering it is developed with the 0x protocol.

MKR currently trades at $573 with a market capitalization of $ 352,489,000. It has shed much of its value to keep the DAI stable especially as cryptocurrency markets tumbled since January.