Litecoin was able to stay above the $95 support level and recover against the USD. The Litecoin to USD trading pair moved pass the $95 level and set a new resistance level at $100 and another one at $103. The Litecoin to USD trading pair formed an upward trend yesterday with support at $97. This level is prevents more losses and may help push the pair to the $103 level short-term. 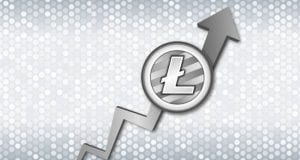 Litecoin Price Analysis: Is there Hope for Litecoin?

According to the cryptocurrency analyst Aayush Jindal, there might be hope for Litecoin after the coin found support near $95. The Litecoin to USD trading pair began an upside move towards the $100 level. The price charts indicate that the Litecoin to USD trading pair was able to move past the $96 level successfully. It also moved above the 100 hourly SMA and broke above the 50% Fibo level of the last wave from $101.53 to $95.22.

While the price was moving upside, it was capped at the resistance level of $100 and the 61.8% Fib level of the last wave from $101.53 to $95.22 served as a resistance. At the time this piece was written, the Litecoin to USD pair was lower than the $100 level but was higher than the 100 hourly SMA. The $95 support level is strong so traders do not need to worry about any further decline short-term. Also, there is an ascending channel that has support at $97.

If the Litecoin to USD price moves lower and falls below the $97 level, the ascending channel support will most likely prevent further losses. If it doesn’t hold, the price may go back to $95.

It’s important that buyers overcome the $100 barrier for the price to keep going up. After this point, the next significant level will be the $103 level. As long as the price holds above the $97 level, it will keep moving higher. Traders should hope for a better close today.