Coinbase is the largest cryptocurrency exchange in the United States and one of the most popular in the world. While Coinbase has Bitcoin and some other major coins listed, it has not listed Ripple (XRP). Ripple’s CEO, Brad Garlinghouse, decided to make a public speech explaining why he thinks Coinbase should list Ripple’s XRP.

During an interview with Jeff John of Fortune at CB Insights tech conference in New York, Garlinghouse said:

“I believe it’s in the best interest of Coinbase to participate as we provide solutions for the financial institutions in large scale.”

The XRP token has been priced around 50 cent to $4 range this year. The price went as high as $4 in January when the cryptocurrency market was bullish and there were rumors that Coinbase is going to list the XRP coin. Coinbase put rest to the rumors in March stating that it will only lost cryptocurrencies that are not securities according to the SEC. 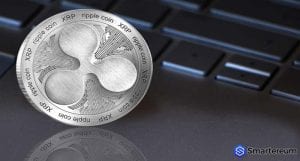 Being classified as a security would require that a cryptocurrency exchange obtain additional licenses and applications just to trade Ripple. This may be the reason why Coinbase and many exchanges in America have not listed Ripple (XRP) yet.

Last week, a representative of the SEC, William Hinman, said that Ethereum and Bitcoin are not securities because of their decentralized structure but the fate of Ripple was not mentioned. Also the announcement gave the cryptocurrency community reason to believe that Ripple’s XRP may be listed as a security.

Brad Garlinghouse Says Ripple (XRP) is not a Security

During his comment Garlinghouse explained why he believes the XRP token will not be tagged as security by the SEC.

“Ripple XRP is not a security and I think this is clear. The XRP blockchain is independent of the company, Ripple. Even if the company fails, the public blockchain will keep functioning. Also, the tokens have a technological purpose that is not available in traditional financial institutions. Those who buy the coin are not forced to buy a stake in the company. Our ownership of the coin doesn’t give us control over it just like Saudi Arabia owns a lot of oil but isn’t in control of it.”

Garlinghouse said that he has no control over the plans Coinbase has and didn’t claim to have any knowledge of when the company will list Ripple XRP.