March 31 testnet. May 25 virtual machine launch. May 31 mainnet Odyssey 2.0. Each step is a testament to our strength. Those who have followed our journey from the beginning will know that despite the stones cast our way, despite the doubt and the controversy, we have persevered.

TRON’s achievements took many by surprise.

TRON founder Justin Sun posted a photo he took with the 108 employees in the Beijing office on social media not long ago.

TRON put enormous efforts in growing its team, expanding rapidly despite the challenges.

Starting with less than twenty people, TRON quickly grew to a global team of more than 100, and continues to recruit top talent around the world. 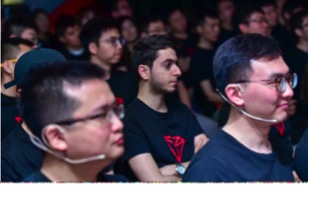 Not only does the TRON team hails from mainstream Internet companies like Alibaba, Tencent, and Facebook, they have diverse backgrounds, covering seven countries distributed across four continents. Different languages, cultures, and geographies create a powerful synergy within the organization.

Many employees have expressed that they love TRON’s company culture, and that it’s a team that brings together talented people to do amazing things. The team is excited about contributing to the industry and is confident TRON will achieve great things. 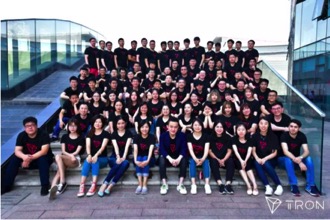 In the past year, TRON has quickly become one of the fastest-growing blockchain teams, consistently sending out one new offer a day. We expect to surpass Ethereum by end of 2018, with a goal of 400+ people and 1,000+ in 2019!

Justin Sun said, “TRON’s systems are maturing, but we need to put one foot in front of the other and keep forging down the road. Continuously onboarding new talent will help us resolve any issues and innovate along the way. We will continue to expand in Q3. Not only will we be the fastest growing blockchain team in the world, we will also be the largest and most diverse.

It’s evident that the TRON team is growing stronger each day, with teams working together around the world towards a common goal. We’re excited to see what TRON will achieve next!