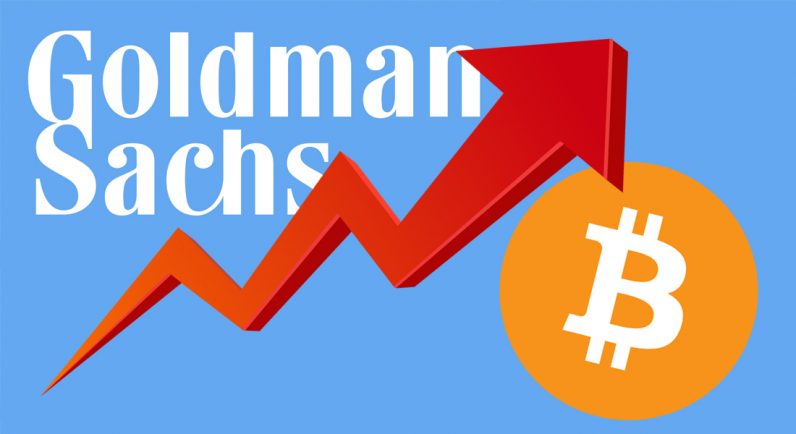 Acquiescing to its clients’ demands, Goldman Sachs reasserted its interest in joining the cryptocurrency bandwagon, during its last earnings call.

Clients have been requesting the multi-national finance giant Goldman Sachs to participate in the cryptocurrency trading industry. Marketwatch reports that on the earnings call of December 17, 2018, Chief Financial Officer R. Martin Chavez underscored that the most exciting facet of the current craze is blockchain technology:

And so on the back of our clients asking us, will you offer clearing in these contracts, well, we’re in that business of client facilitation.

And so we want to respond to those client requests, and we have. And we’re in also the business of being careful with our shareholders’ capital, and so we’re doing that with extreme prudence and caution as we learn.

Chavez also referred to the possibility of Goldman Sachs trading individual cryptocurrencies. In this regard, he acknowledged that Goldman Sachs was considering several issues that would have to be addressed first:

Being a part of the industry, we’re working on all of that. Custody is a part of it. And it’s a very complex one. So it’s really too early to say how that will evolve for the industry or for ourselves.

Many of the financial institutions have tried to isolate themselves from Bitcoin. However, Goldman Sachs is different. It is now trying to provide Bitcoin-based services to its customers. During the earnings call on December 17, 2018, the CFO of the company stated that the clients are enquiring about Bitcoin-based services. He also added that they always satisfy the needs of the clients.

This clearly indicates that the company is looking at providing some Bitcoin-based services or crypto currency-based services to the large demand by clients.

Generally speaking, mainstream investors tend to stay away from riskier assets. Bitcoin is very versatile. However, the truth is that Goldman Sachs clients are not risk-averse. They are always looking for riskier assets so that they are able to gain larger returns. According to a survey conducted, 60% of the clients out of 1400 clients, rated equities as their preferred choice of investment. This clearly marks their preference for high-risk high return assets.

With the increased usage of Bitcoin in day-to-day transactions as well, the popularity is only going to increase. Also, with mainstream companies adopting Bitcoin as an investment medium, more and more investments would come into cryptocurrencies. This is sure to increase the value of cryptocurrencies significantly. It remains to be seen whether investors are able to successfully park funds in these cryptocurrencies are not. Over a longer period of time, they are sure to beat other riskier assets when it comes to returns.

Goldman Sachs is one of the pioneers who are attempting to provide cryptocurrency solutions as well as Bitcoin trading desks to its customers. It remains to be seen whether they are able to open up the trading desk by June 2018 or whether it would be delayed further. Currently, the appetite by the client is significant and therefore, any such opportunity would be lapped up by the clients.

One thing which is for sure is that many of the other banks, as well as financial institutions, would provide similar solutions to their customers. None of the financial institutions would like to be left behind due to the absence of such a research desk. This is the reason why in the coming days, you would seem more mainstream cryptocurrency trading solutions.

Tron News Today – Headlines for May 30