The price of Ethereum is holding vital supports against bitcoin and the USD. The digital currency must clear its major resistance at the $480 level in order to begin an upside recovery. Technically, the one-chart indicators of the digital currency are showing some signs of recovery in the bearish zone.

The Resistance Level of Ether Price

Last week, a sharp downward movement began in the value of Ethereum from the resistance level of $545. The value of the coin declined further and broke the several major support levels such as $520, $500, and $475.

The coin was trading below the $445 mark and it settled beneath the 100-Day simple moving average. The value of Ethereum against Bitcoin BTC also saw an increase in selling pressure and decreased to the support at 0.0750BTC. The ETH/BTC pair is presently consolidating losses with resistance at 0.078BTC and 0.080BTC.

From the hourly chart of the coin, there are lots of back-to-back candles showing signs of a strong bearish trendline. Buyers have also defended more declines successfully and the value of the coin has started consolidating losses.

The digital currency traded a couple of points above the 23.6 percent Fibonacci retracement level of the previous swing from the high of $548 to the low of $448. Nevertheless, the upward of the coin was capped at the $480 mark, which was its initial support level.

On the other hand, above the resistance level of $480, there is another hurdle close to the $495 mark. It coincides with the 50 percent Fibonacci retracement level of the previous swing from the high of $548 to the low of $448. 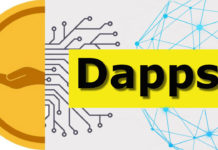