The hype around the EOS Mainnet launch has gone done and the coin is currently facing criticisms from the industry. However, there is something about the coin that keeps the industry talking. It could be because EOS has gotten a name as the most promising blockchain ever. The truth is that all coins have vulnerabilities at some point these issues should not be what defines the future of the project. EOS is the best blockchain investment option.

EOS is Still the Best Blockchain Project for Investors

The EOS team is working hard to make the blockchain free from technical errors and easy to use. Hackathons from all over the world have come together in a bid to fix the technical issues EOS has been experiencing since the launch of the Mainnet. Although the EOS community was beginning to lose faith in the coin, the list of top coins released by a Chinese based cryptocurrency exchange worked to reassure the EOS community of progress.

The EOS community is mainly concerned about the decentralization of the platform. The team and the platform is currently facing a lot of pressure. Some critics have accused the platform of operating like a centralized bank.

Irrespective of the negativity surrounding EOS has still take full advantage of the power of blockchain. The fact that EOS was top rated in an official Chinese cryptocurrency rating list shows that more people are becoming convinced that EOS has a lot of potential. 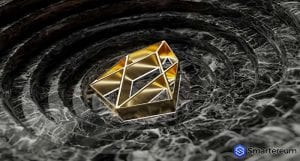 Even with the controversy facing EOS and all its block producers at the moment, the fact that EOS is a solid blockchain project that will that is taking the lead in innovation in the industry. Also, note that the technical problems are only temporary and the accusations on the team and block producers are going to be cleared soon. The EOS team is doing everything they can to promote transparency and increase the security of the platform. Freeing the platform of hackers and malicious scammers is top priority on the list for the EOS team.