After forming a descending channel for a while, the bulls manage to take over briefly on the Neo price analysis today and prices may go as high as $32.50.

NEO was able to break away from the descending channel and the bulls seem to have taken control of the market. Near-term, the upside target may be around the $32.50 territory and form support at $29.95. The price of cryptocurrency was able to gain by 2% on Wednesday and up till today, it is still holding those gains. While there is not yet a clear direction regarding the price action, the high volatility that started last week has stopped. 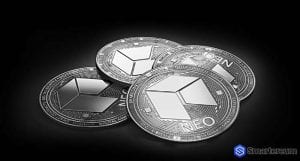 The Neo to USD price action moved within the descending channel it formed on Monday after the prices were pushed to the June 24 lows. There was a 10% decline in the descending pattern but the price was able to break out during Wednesday’s trading session.

On the technical charts, the Neo to USD pair is playing out after the recent pattern formation break out. If it continues like this, the price may correct further, upside. Within the next few trading sessions, Neo may trade up to the $31.50 which it managed to reach on June 26. There is support at the $29.95 level above the descending channel.

Ontology Reveals Date for the Next Airdrop from Neo Foundation

Earlier today, Ontology, announced the scheduled date for the next airdrop from Neo Fondation. This marks the second ONT airdrop to Neo token holders and it is coming after ONT donates 20 million to the Neo council. The airdrop is set at 0.2 ONT tokens per Neo. This is the second half of ONT distribution. The first half of the distribution was on March 7th 2018. This second half is scheduled to hold on July 9th 2018 but rather than being delivered in the Neo addresses of users, it will be delivered to Mainnet ONT addresses. This may also lead to an increase in the price of Neo.