According to reports, Mastercard has been granted several Blockchain patents this week. This is a significant indication that the financial services giant has become resilient in its Blockchain adoption. This move may be seen as opposition against the digital token community; however, it shouldn’t be a problem as the startup has set its attention on one patent. 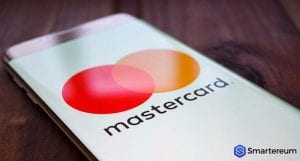 What Particular Patent Did Mastercard Discover?

One new patent offered by the USPTO (the United States Patent and Trademark Office), outlines a system that provides anonymous transactions via a Blockchain. Mastercard initially applied for this patent in December 2016. The transparent nature of traditional blockchain transactions, according to Mastercard is an obstacle when it comes to the adoption of the technology in daily payments which is true to some extent, for both businesses and consumers.

Zcash has already included similar features that will inevitably improve the privacy policy of blockchain transactions. Now, Mastercard wants to implement this designated transactions utilizing a third-party processor. This isn’t new to the crypto ecosystem either as a full class of virtual currencies have made anonymous transactions their primary objective, with Monero (XMR) and Zcash (ZEC) been the most prominent of them all. Bitcoin’s Lightning Network also promises to enhance privacy once it becomes more widely adopted.

Mastercard, on the other hand, intends to achieve this without using a virtual public currency, and maybe in a way that offers law enforcement the ability to track any illicit transaction, even though the patent hasn’t specifically addressed the issue. While digital currencies depend on peer-to-peer transactions, Mastercard’s proposed system relies on third-party processing which, maintains a database of unique entity profiles. Hence, along with a client’s identification data, each parties profile comes with a string of secret information.