The cryptocurrency market hasn’t had the best week. The prices have been staggering for the past few days and the bear trend show that the beers still have a strong hold on the market. Yesterday, there was a small reversal attempt by the bulls as they gained a little momentum. 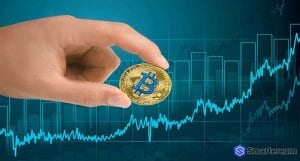 Bitcoin Price Analysis: The Bear Trend Has Been Reversed Short-term

The leading cryptocurrency in the market, Bitcoin, traded as low as $5,833 on June 24 which marked the lowest low of 2018. However, the price managed to recover to the $6,099 level. While the losses of June 24 have been recovered to a degree, the cryptocurrency community is still concerned about the long term fate of Bitcoin. The technical analysis of the cryptocurrency over the last few months have been alarming and many are starting to doubt if the cryptocurrency will ever return to glory. At this point, it’s difficult to back Tom Lee’s $25,000 2018 Bitcoin prediction.

At press time, Ether was trading at $436 indicating an increase of less than one percent within a 24 hour period. On the weekly charts, however, Ether has lost up to 17% of its value. The price charts indicate that the leading altcoin isn’t the only one facing market pressure. Almost all the coins on the top 20 list are experiencing declines. Monero is the only coin that has been recovering steadily over the month recording a 0.5% increase in price daily.

The market capitalization for the industry has fallen from $287 billion to $246 billion within seven days. While no one knows the exact cause of the price decline some have attributed it to the irrational attitude of the market while others claim that the hack of cryptocurrency exchanges is responsible.