Smartereum
Home Cryptocurrency Bitcoin Bitcoin Price Prediction: The Price of Bitcoin(BTC) Has Lost Up to 70%...

The cryptocurrency market has been bearish for most of 2018, and the leading cryptocurrency, Bitcoin, is also taking the lead in the fall out of glory. On Friday, Bitcoin traded as low as $5,883.36 on Kraken which indicates that the cryptocurrency lost over 70% of its all-time high of almost $20,000 last December. 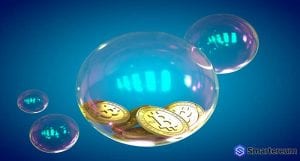 While these predictions would have appeared realistic earlier in the year, the current market trend have made them questionable. People are beginning to wonder if the price of Bitcoin will ever trade above $10,000 again.

A technical analyst at Forex, Fawad Razaqzada, said that the charts are too bearish for such predictions to be viable. In his words:

“My analysis are based on technicals, and right now, the price charts are very bearish. From the look of things, there are no indicators that the price of Bitcoin will get to those predicted levels.”

“There is what is happening, and what may happen and I believe that if you look at the technical analysis, and stay truthful about what is happening currently, then you’ll agree that a downturn is in place. From where I stand, the price of Bitcoin needs to show some sign of an upcoming bullish call.”