June is the toughest of all the months that have passed in 2018 for the industry. For the first time since November 2017, Bitcoin went below $6,000. As Bitcoin battles with the bearish market, new reports from Bloomberg shows that up to 1,000 cryptocurrencies have been officially declared dead thanks to last year’s ICO frenzy. 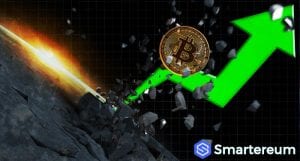 What is Responsible for the Fall in Price in the Cryptocurrency Market?

A lot of people didn’t want to believe the prediction of Willy Woo, an expert trader, and cryptocurrency influencer who said that Bitcoin will get to the $5,000 before the end of June. He noted that high volatility, volume profile cliff less than $6,800, and NVT signal, unevenly proportioned standard NVT, will all contribute to bring the price of Bitcoin below $5,000.

The new low also confirms the 66-page paper that was released by New York Times. The paper stated that the price of Bitcoin went near $20,000 last year because it was artificially inflated by Bitfinex and Tether. The paper was authored by John Griffin who is a professor at the University of Texas. He has a history of identifying fraudulent activities in the financial market.

Studying the inflow and outflow of tokens on Bitfinex allowed him to identify distinct patterns indicating that a person, or a group of people at the exchange successfully manipulated the prices by using a secondary virtual asset, Tether, to buy out other cryptocurrencies.

From the technical analysis of Jesse Damiani, it’s safe to say that Bitcoin will find acceptance below the $6,000 February low in the coming days. It may also get to $5,000 within the coming weeks.