High Fidelity, a renowned virtual reality platform has embarked on a project that will use the blockchain technology to reach an audience of up to a billion people in VR. The company has raised $35 million for the virtual world project from the round D of the fundraising. 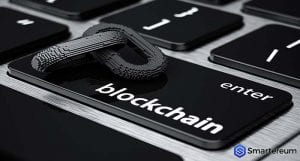 High Fidelity is Creating a Virtual World With Blockchain Technology

The CEO of high Fidelity, Philip Rosedale, is also known as the creator of Second Life, a popular virtual world. He has started a project that will reach a billion people in the virtual world using blockchain technology. The virtual world will run on cryptocurrency which has already been created for this purpose.

In an interview with New York Times, he said:

“Our platform has already reached the beta stage, so it has been launched partially. However, we have not yet launched the headset for the consumer market. Most of our focus has been on location-based places.”

The company aims to bring the universe or Metaverse into the virtual worlds. Second life was launched in 2003 along with the digital currency called Linden. Over $4 billion was made globally from the virtual transactions.

The new virtual world will depend on the blockchain technology, and the digital asset will be called High Fidelity Coin. The coins will be paired to the USD and the price will be stable. Users will only be able to access the virtual world with these coins.

The Virtual World Transactions Will be Registered on the EOS Platform

The fundraising from Galaxy EOS Ecosystem marks round D of such events for the project. The total money that has been raised from other fundraisers amounts to $70 million.