Ran Neu-Ner is a cryptocurrency trader who hosts CNBC’s Africa’s Digital Token Trader initiative, and he has labeled Cardano (ADA) as undervalued at current price level. According to him Bitcoin’s (BTC) predicament since the year started has helped to position altcoins like Cardano (ADA) on the right part. He believes that hundreds of crypto hedge funds that launched throughout last year have started to reach the point where investors can request to take returns from their investment which has, in turn, lead to a potential market selloff worth billions to the entire digital token market cap. 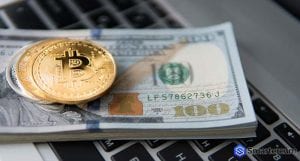 Neu-Ner Has Never Been a Fan of Bitcoin (BTC)

It is no secret that Neu-Ner has shown a negative attitude towards Bitcoin’s (BTC) price in the past. Earlier this month, the crypto trader said he could see the BTC/USD pair testing 5000 USD via the near-term. He argues that Bitcoin’s (BTC) pricing could lead the way during a period when production cost (including miner fees and equipment used to complete transactions for the mining of new coins) outweigh the primary benefit of selling the token at such a reduced price. Miners, during such a situation, will be compelled to hold on to their coins until prices become more friendly hence closing a part of the selling population.

Cardano (ADA) Could Be The New Market For Investors

Neu-Ner gave support Cardano despite saying it was undervalued, saying investors who are bullish on Blockchain technology should view Cardano (ADA) as a buyer’s market. When trying to determine his prediction for a successful token, the crypto trader, who is the founder of OnChain Capita, declared Cardano (ADA) and NEO as potential altcoins to watch out for. While Cardano’s (ADA) price continues to fall (and is trading at 0.11 USD currently), the virtual token saw positive news. This is the meeting between founder Charles Hoskinson and Google to deliberate on the future of cryptocurrency application and Blockchain technology.