A daughter firm of the biggest digital payment system in Russia Qiwi – QBT, announced that it wants to set up the first ever digital currency investment bank in Russia. The new firm, which will function under the brand-name HASH, will be based and registered in Russia – according to a report by Kommersant, a Russian news outlet.

The project will be based on the classical model of an investment bank but will function on global digital currency markets. Yakov Barinksyi – the head of QBT said, “They will help firms go through stages of fundraising. The monetization will be classic: they will get their own share after they help the firm attract investment.”

He also said that QBT, which was launched back in March last year, will function as a technological subcontractor, while HASH will be in charge of creating the financial structure of the projects such as determination of token parameters, applications, and use-cases.

The next phase will see the company attracting cross-border capital funds specializing in digital currencies. The head of QBT also said that the firm is already working on a lot of global digital currency investment funds. Also, they will launch a subdivision of HASH that will be in charge of digital assets sale. To do this, the company needs to acquire a license, and it plans to apply for one next year.

In general, key players from the local investment banking industry got the project of QBT with prudent optimism. For instance, VTB – the second largest financial institution in Russia, believes that interest in digital currency markets will surge in accordance with the development of the associated legal framework presently in the work.

Qiwi is a worldwide electronic payment firm whose HQ is in Cyprus but was found in Moscow. Last year, the firm had a net revenue of $229,000,000 and over 20 million active accounts. 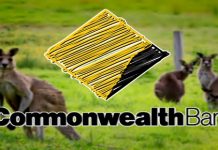