The raid reported by EU Reporter is considered one of the largest drug raids in Europe which involved the confiscation of cryptocurrencies worth $5 million in Bitcoin (BTC), Stellar Lumens (XLM), and IOTA (MIOTA), along with 800,000 doses of drugs. Eight people were arrested during the raid. The substances distributed included synthetic marijuana, dissociatives, depressants, LSD, synthetic opiates, nootropics, cathinones, and amphetamines. This may be why Stellar price drops to $0.193898.

About $2.7 million was recovered in cash and from the bank accounts of the suspects. Ten luxury vehicles and real estate with a $1.15 million valuation were also confiscated. Law enforcement agents said that the individuals have been operating in Spain since 2012 and used the Darknet as their market place.

Last year the United States got $48 million from Bitcoin sale after shutting down an online drug market called Silk Road. In January this year, $52 million in Bitcoin was auctioned out by the US marshals after it was confiscated from drug dealers on the Darknet. 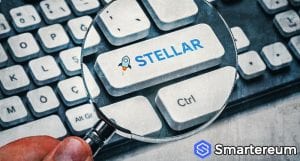 Following the raid, the price of Stellar (XLM) fell by 1.45%. The market capitalization has also fallen. Stellar is considered as the public infrastructure for money. A nonprofit organization uses Stellar to bring the world together increasing interoperability among different financial systems. The technology allows money to flow directly between companies and people without third party interference.

Individuals have more access to money while banks require lower costs, and businesses gain profit. Building on Stellar allows people to contribute in developing a more efficient financial infrastructure in the world. If you want to buy Stellar, it would be a good idea to buy Bitcoin or Ethereum first and convert it to Stellar. The XLM is one of the most affordable coins in the market, and the Blockchain has many use cases in the real world. So, even if Stellar price drops, it will remain relevant in the market.