Smartereum
Home Cryptocurrency Bitcoin Bitcoin (BTC) Latest Update: Here’s What You Need to know about some... 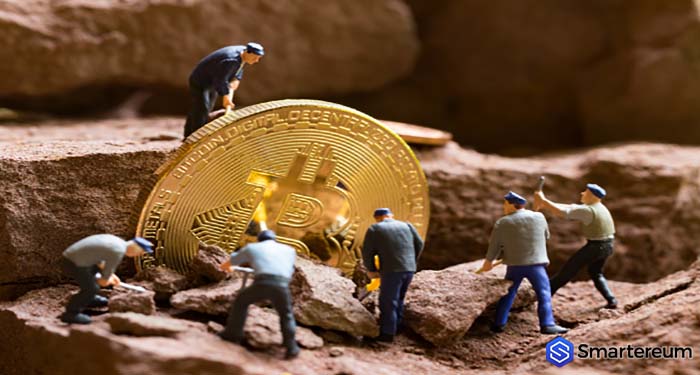 The world is presently at the center of another gold rush – but what is being mined today is not gold. It is Bitcoin (BTC) and other digital currencies – zeros and ones that are being converted into pure profit. All across the world, they are making a huge amount of money from machines, printing money with printed circuit boards, and minting with microchips.

Of course, these mines are not some holes found on the surface of the earth, they are server rooms in which shelves that are full of highly specialized computers with ASICs (Application Specific Integrated Circuits) work twenty-four hours, seven days a week to mine Bitcoin (BTC).

They do this by providing solutions to very difficult math problems, and this tends to make them get really hot. To prevent them from overheating, the solution is to provide them with a constant supply of cold air. This means Bitcoin (BTC) mining environments are specialized environments with essential cooling needs and specialized computers.

After doing some diggings and findings, here are some of the most profitable and largest Bitcoin (BTC) mining pools and farms in the world and what you need to know about them.

Bitmain was founded by Micree Zhan and Jihan Wu back in 2013 after the both of them met immediately after the translation of Satoshi Nakamoto’s seminal of Zhan “Bitcoin Whitepaper,” a document detailing the core fundamentals that the digital currency is based upon.

Zhan was approached by Jihan to help him create a new chip that would be able to mine bitcoin, and this led to the creation of Bitmain. Bitmain is also one of the few digital currency firms that flaunts a real warehouse, or farm that is full of mining rigs, which is maintained by a staff of engineers twenty-four hours a day, seven days a week, and company made about $4 billion last year.

While digital currency mining is definitely at the forefront of the business of Bitmain, the mining firm expanded its development projects following its enormous growth last year to include processors and chips that focuses on “deep learning” – and the company launched a new line of Artificial Intelligence-oriented hardware in November last year.

Bitfury has been in the industry before the arrival of Bitmain, and it was founded by Valery Vavilov back in 2011. Unlike Bitmain, Bitfury is more focused on supporting firms that want to use blockchain technology to create and move digital currencies. So it is not necessarily a mining pool, but it is a leading name in the digital currency space.

As of 2012, BTCC is the second largest public digital currency mining farm, and it has been around since the existence of Bitcoin. BTCC is functioning as a “Bitcoin trading platform” and it is no doubt one of the biggest and more aggressive names in the cryptocurrency universe.

Eligius has become one of the most popular names in the digital currency mining industry because it is one of the most easy-to-get and open crypto mining farms. It has been in operation since 2011, and its one of the oldest in the industry.

It is perhaps the most user-friendly crypto mining farm out there due to its immediate share-sharing, no fees, no registration, and no-nonsense attitude.