The Mainnet launch has been a challenging milestone for EOS as it has been followed by one technical issue after the other. New speculations indicate that the platform may be facing serious RAM deficiency. The EOS RAM might crash the system completely if the problem is not solved soon. The EOS RAM can be compared to the fuel that allows transactions to take place. Normally, each transaction is expected to cost 4kb of RAM. Over this past weekend, however, the EOS RAM doubled costing 8kb per transaction. 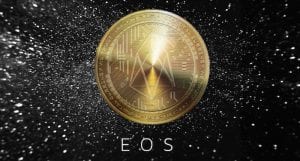 While the RAM price is not a common topic among price analysts, it is a key feature that is required for creation of new accounts and running apps on the EOS platform. If the price becomes too high, people would stop creating accounts on the EOS blockchain.

The RAM is provided by the block producers and it is currently scarce because people are hoarding tokens. On Reddit, an affected user warned:

“Block producers did not make any statement about upgrading the RAM stacks before the Mainnet launch. This means they made the decision overnight without warning the community. If they have increased the size of the RAM the price will reduce by half, but if they upgrade the ram x3 or x4, people will get stuck with huge RAM because they will be selling at a loss.”

The EOS constitution doesn’t state any information about EOS RAM creation or supply.

While the community is still trying to deal with the recent speculations, the price of the EOS coin has been volatile. EOS was trading at $8.07 which showed an increase from $7.11 last week. The market capitalization is around $7.22 billion and it has the 5 position in the cryptocurrency rank on CoinMarketCap.