According to crypto writer Aayush Jindal, at the close of trade yesterday, Bitcoin Cash (BCH) price managed to trade further higher and even broke beyond the 750 USD resistance level. In the end, yesterday’s highlighted declining pattern was broken with minor a resistance level near 735 USD on the BCH/USD pair hourly chart with the pair now trading well above the 750 USD resistance level with positive signals for more gains. The price of Bitcoin Cash (BCH) is gradually gaining momentum above 750 and has to move past the 800 USD barrier to successfully extend the current upward pattern in the near term.

The previous three trade sessions indicate positive impact as the price of Bitcoin Cash (BCH) managed to gain traction and stay comfortably above the 700 USD zone against the US Dollar. We can also see the BCH/USD pair gaining momentum and breaking the 740 USD and 750 USD barriers. There was a correction at the close of trade yesterday as BCH tested the 50 percent Fibonacci retracement level from the last pattern beginning from 650 USD to 785 USD. 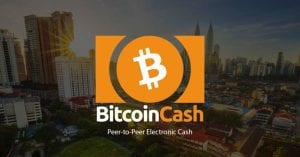 The price of Bitcoin Cash (BCH) initiated a new upward shift and moved to paste a significant barrier at 750 USD via the chart of the BCH (USD) pair. More importantly, the highlighted declining pattern from yesterday was broken with a near resistance at 735 USD via the hour chart of the pair. The BCH/USD pair also succeeded in moving past the 770 USD resistance zone. It is now consolidating above 770 with positive signals. Looking at the upside, you can see an initial resistance level at 795 USD followed by 800 USD. The price of BCH will likely trade near the 850 USD range in the near term. While the downside indicates an initial support level at the 23.6 percent Fibonacci retracement level via the last wave starting from 716 USD to 795 USD.