Within the last 24 hours, IOTA has gained an impressive 16% breaking through the $1.20 barrier that it has not been able to reach in the last two weeks. MIOTA price was around $1.22 at 6am today even if it fell back to the $1.15 level and came back to the $1.18 level again. Since June 29th, MIOTA price has been increasing steadily after it took the market with a surprising upward move. The price spiked leaving community members around the world happy. 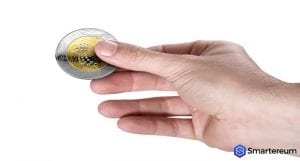 In four days, the cryptocurrency gained about 35% and broke the $3 billion market capitalization barrier. This gives it more power as the 9th coin as it is well ahead of Tether which is in 10th place. The cryptocurrency has grown exceptionally in the last few days. To be fair, it’s not the only cryptocurrency growing. Other top players in the market are growing as well.

While the growth within the last few days has been encouraging, the truth is that it’s still far from were it was in the beginning of June which is $1.99 and even further than it was in May which is $2.60. What this means is that MIOTA price is still down by up to 54% in two months.

The Volkswagen Doctor’s Role in the Price of MIOTA

MIOTA did better than many others this week and some of the growth should be attributed to the announcement by Dr. Klaus Schaaf. Schaaf is a former Volkswagen researcher that served the company for more than 30 years. In a post uploaded by IOTA Foundation, Schaaf hailed the blockchain technology stating that it would play a significant role in the automobile industry in the years to come.

He specifically mentioned that IOTA’s Tangle was an innovative technology and he believes that it has a lot of benefits. Shortly after the statement was posted, the price of IOTA surged.