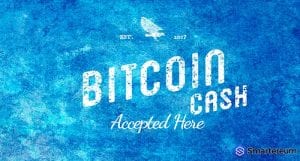 The concept of zero confirmation was initially brought up by the founder of Bitcoin, Satoshi Nakamoto while the industry was still young. Many people were skeptical about it because they believed it will lead to a lot of double spend errors on the network. He discussed his vision on many cryptocurrency forums. On BitcoinTalk he said:

“I think it will be possible for companies that process payments to offer the rapid distribution of transactions within less than 10 seconds with good enough checking. In this case, the network nodes will only accept the first version of the transaction and incorporate it into what they want to generate.”

According to him, the double spend may occur when the transaction in question is broadcast twice on the network at the same time. So, when that happens, the transaction with the most nodes will be accepted as the preferred option. If one transaction is earlier than another, it will move through the nodes faster and get confirmed first.

Some of the top marchants that now integrate this concept include Bitasia Exchange, Keys4coins, Social Media Lights Up, Bitpay, Satoshi Dice, Cryptonize.it, and Mini-POS. This allows them to conduct faster transactions because the do not wait for the network to validate each individual transaction and send to the blockchain before they can perform another one.

Some people are not comfortable with the term ‘zero transactions’ and want it to be changed to ‘verified’ so merchants will be sure that their transactions are not lost. Some others say the concept will only be beneficial to small scale businesses and not large scale businesses.