The Bitcoin Cash to USD trading pair is struggling to hold gains as it tests the $740 support level again. The good news is that despite the attempted downward correction, there is still a bullish trendline that has been formed with $742 support according to the price analysis of Aayush Jindal. To prevent any further decline, Bitcoin Cash must stay above the $740-$750 support levels against the USD. It must also remain above the 100 hourly SMA. 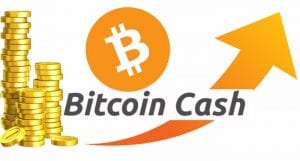 Although Bitcoin Cash price is still holding its gains above the $740 level, it is important that the price action shifts the pair above the $780 level and if possible the $800 resistance level so it can regain the upside momentum. Earlier today, the decline extended below $780 which was serving as a support area. The Bitcoin Cash to USD trading pair later went even lower than the $750 support and all the way to the $740 support area. It formed a low around the $735 level before the price started recovering from losses. It managed to move above the 23.6% Fib retracement level of the last wave from $828 to $735.

The price settled above $740 which served as strong support that prevented further declines. It spiked above the 61.8% Fibonacci retracement level of the last slope from $828 to $735. Unfortunately, the price was unable to hold gains above $800 and moved lower again. At the time of writing, it was trading a little above the $760 support level and above the 100 hourly simple moving average.

The price is still supported at the $740-$750 level because a correcting bullish trendline has formed at $742 on the hourly chart. The price is struggling to cross the $800 barrier. If it succeeds, it will get to $828 again. On the downside, if the $740 support doesn’t hold, the price will decline more and test the $700 level again.

The relative strength index is above 50 and the MACD is bearish on the hourly chart. The significant support is at $740 and the significant resistance is at $800.