Earlier today, Bitfinex announced that VeChain token swap would be fully supported on the platform. Everything concerning the token swap will be handled on the platform efficiently to mitigate the risk of errors. Users who are interested can register on Bitfinex for the token swap before the deadline. All VEN tokens will be rendered useless after the token migration process is complete. So, exchanging your tokens before the deadline would be the wise thing to do. 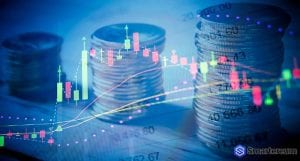 The token swap on Bitfinex will happen directly and all tokens will be exchanged to the holding accounts of users on a 1:100 ratio. In mid-july, Bitfinex will hand out the specifics of suspension of deposits and withdrawals. The independent VeChain blockchain, VeChain Thor, was launched on the 30 of June. The company announced the launch on its official Twitter page. This was the first step to gaining independence from the Ethereum blockchain. The next step is the token swap and wallet migration.

VeChain intends to adopt a mobile strategy. For this reason, the VeChain Thor wallet will act as a portal for various DApps that are on the VeChain Thor blockchain. The company claims that it will be the market’s most secure wallet full or various features, opportunities, and services. VeChain claims that it is more than just a wallet. The company intends to make VET migratable so it can be integrated with third-party wallets seamlessly and still retain X Node status.

Mid-july is the scheduled time for the token swap. As the swapping starts, the X Node binding ends. The X Node monitoring will resume about 3 weeks after the token swap becomes available. It is important that you get registered for the token swap as soon as possible because you’ll lose all your old tokens if you don’t exchange them for the new ones. You may not be able to hold anyone liable if this happens.