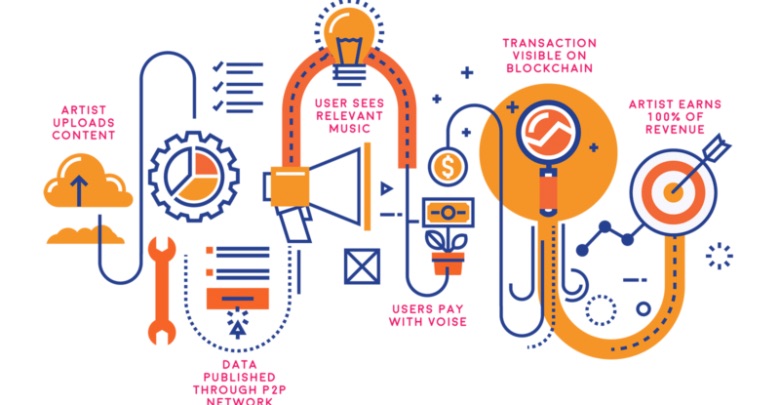 Most of the music creators just earn a fraction of the amount which is made on their music. This is also evident from the recent lawsuit which was filed against Spotify by Wixen Music amounting to $ 1.6 billion. The platform hosts a lot of celebrity music artists as well. The platform has been plagued by musician complaints which state that they are paid pretty low as compared to what the company actually makes.

However, all of these are a thing of the past with Voise launching the 1st Ethereum based platform for musicians. The artists would be able to publish their music on the platform and make 100% of the revenue which is collected by the platform. The execution would be with the help of smart contract which ensures that there is transparency. The Ethereum based blockchain technology which would be the underlying technology of the platform would add transparency to the system.

The musicians would be able to decide their own price

The musicians would be able to decide their own price which would make it easier for them to decide how much they earn as well. Owing to the decentralized nature of the network, you can be sure that your music will be hosted by a peer to peer network.

When you combine it with the security which it provides to the musician’s as well as the current interest in cryptocurrencies, you can be sure that this platform would indeed become very popular. This is one of the main reasons why it is already garnering such a lot of attention. / Source: bitcoinist.com