VeChain has announced the release of the VeChainThor mobile wallet. The company also announced that the X Node Binding Service has resumed. The service is scheduled to end just before the beginning of the token swap. The mobile wallet was released on Google Play and Apple App Store. Users will be able to download the wallet and start receiving the new tokens as soon as the migration timeline is exhausted. 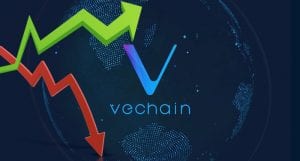 Features or the VeChainThor Mobile Wallet

The VeChainThor mobile wallet functions similarly to NEO that depends on GAS for deploying and running smart contracts. VeChain intends to reward businesses that use the VET token. On the official website, the company posted:

“The wallet will be a portal for all sorts of DApps that run on the VeChain blockchain. It will have many features and offer businesses different services and opportunities. The word wallet doesn’t do justice to it.”

The company claims that the VeChainThor wallet is the most secure in the marketplace and this can be confirmed from third party audits. Users can rest assured that their cryptocurrencies are safe especially since major exchanges have been identified to have security flaws. According to VeChain, the Thor Mainnet has been tested by world class developers and cybersecurity firms. They have confirmed that it is secure.

“The X Node binding process has started with the release of the VeChainThor mobile wallet! Users who wish to use the ledger will have to wait for support which is expected to be available in August. Users should pay attention to the instructions to avoid biding complications.

The X Node will allow early adopters of the VET token to receive more VTHO than the standard tokens. The X Node binding process will, in turn, allow them to start collecting their VTHO tokens. Users should expect the token swap this month. It’s important to get registered on exchanges that support the migration service so you don’t lose your tokens.