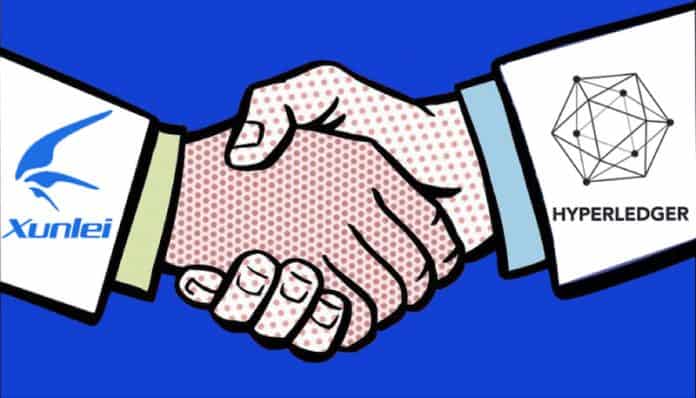 Xunlei’s ThunderChain, which represents the Blockchain 3.0 generation, can positively contribute to the Hyperledger community in two significant ways. From a technological perspective, ThunderChain is the one of first few blockchain platforms that can achieve over a million transactions per second (TPS), with a confirmation processing capability of seconds. Blockchain technologies hosted under Hyperledger, including Fabric (which serves as a foundation for developing applications and solutions with a modular architecture), are currently unable to achieve such rapid processing speeds. And just recently, Xunlei announced the ThunderChain File System (TCFS), a distributed file system for data storage and authorized distribution. With TCFS, Blockchain developers and enterprises can build decentralized applications with distributed data storage and integration. Through knowledge-sharing of these advanced capabilities of ThunderChain and technical cooperation, Xunlei could help improve Hyperledger’s technological capabilities.

On the other hand, financial enterprises account for a considerable proportion of the Hyperledger community, however blockchain technology is applicable to a wider range of industries such as medical, retail and public welfare. On the ThunderChain platform, there are already a massive number of applications being developed outside of the financial field, including applications for genetic testing and intellectual property protection. Furthermore, Xunlei has encouraged applying blockchain to various sectors through its Blockchain Applications Global Challenge, and in 2018 the top 10 winners applied blockchain to different industries including Healthcare, Public Welfare, Sports, Product Identification and Information Verification. Lastly, the shared computing model, used by millions of ThunderChain participants, is considered the largest C-end blockchain application. Xunlei may thus enrich the Hyperledger community and the global blockchain ecosystem by providing expertise on how blockchain can be applied to a wide range of industries beyond finance. Hyperledger also has the capability to further strengthen ThunderChain by fostering connections to the multinationals within its network.