A San Francisco based tech company, Totient, has entered a new arrangement with VeChain in a bid to reach its goal of increasing blockchain and cryptocurrency adoption by enhancing their already established partnership. Totient and Totient labs, which make up most of the Totient team, will now participate in vetting, issuing, developing, and funding new initial coin offering opportunities within the United States as partners of VeChain Foundation. 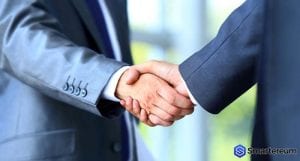 Totient, is run by three co-founders who have history in information technology, consulting, core blockchain development, business development and compliance. As they prepare for the VeChain Mainnet launch, the company has developed core standards and software that will increase and strengthen the adoption of blockchain technology, particularly the VeChainThor blockchain. Totient’s first product is the VeForge Blockchain Explorer. This explorer will give users the power to monitor all activities on the VeChainThor blockchain using advanced network analytics that will be released soon.

“Just like the internet, a time is coming when everyone will know about blockchain technology whether the world admits it or not. We believe that VeChain will take the lead in enterprise and consumer adoption.”

“So far, I am pleased with the investment and initiative that Totient is showcasing in the VeChain ecosystem. The VeChain Foundation has always encouraged community led companies to follow Totient’s model. The work Totient has done is an inspiration to me and I hope other qualified value creators have been inspired by them too.”

Blockchain technology is the future and the primary goal of VeChain and Totient is to prepare the populace for this future. Whether the world admits it or not, blockchain is going to change the tech and many other industries forever.