Ontology (ONT) has just announced that it has entered into partnership with IdentityMind Global and Cocos. IdentityMind Global is an organization that provides risk management, anti-money laundering (AML), Know your customer (KYC), fraud prevention services for Fintech, and eCommerce companies. Cocos, on the other hand, is a platform for mobile game development. 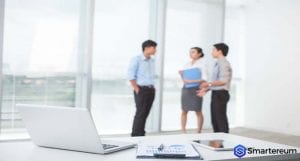 By patterning with Cocos, Ontology intends to create a gaming ecosystem that will run on the Ontology mainchain. Cocos is an open-source, cross-platform, mobile gaming engine that was launched by Chukong Technologies. Chukong Technologies is a mobile entertainment platform that offers international services with its headquarters in Beijing. The company provides game developers with the tools and framework for creating and launching gaming projects.

IdentityMind Global offers partners a platform that creates, maintains, and analyzes digital identities through AML/KYC services. The company is based in Palo Alto, California and it offers services to enterprises, money service businesses, e-commerce sites, and virtual currency companies. Ontology will use a particular software of IdentityMind, Global (SaaS). The software-as-service based platform will be used to perform risk-based authentication, identity proofing, and regulatory identification. It will also be used for detection and prevention of fraud.

As the partnership was announced, the CEO of IdentityMind Global, Garrett Gafke, said that the company is happy to work with Ontology. In his words:

“We are happy to work with Ontology, a ground-breaking project that is building a high-performance multi-chain project along with a distributed trust collaboration platform. Both companies were built on a foundation of trust that today’s digital economy can grow on and operate in.