The cryptocurrency market has been having a bull run for the past few trading sessions and Cardano (ADA) is one of the coins on the forefront. The price of ADA was able to break the $0.1500 resistance level going further to break the $0.1700 resistance level as well. There was a crucial bullish trend line formed with support at $0.1600 and the ADA to USD trading pair will most likely hit $0.2000 soon. The price isn’t just surging against the USD but against Bitcoin and Ethereum as well. If the upside trend remains solid, the gains will increase. 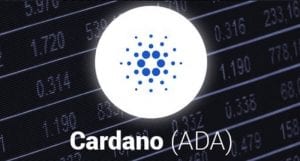 The technical charts show that the price will most likely move above $0.1850 to $0.1869. If this happens, there will be more gains according to the price analysis of Aayush Jindal from NewsBtc. Short-term, Cardano may find itself as high as $0.20.