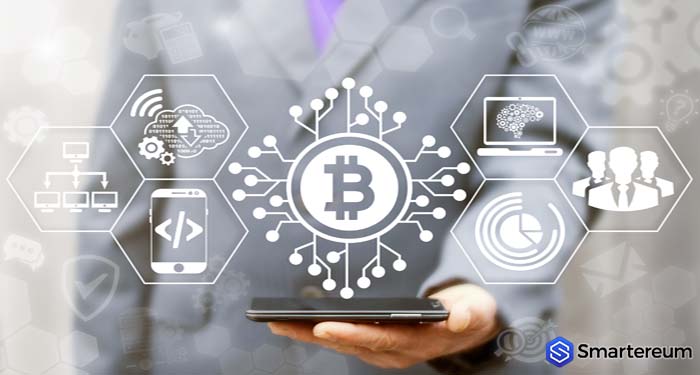 The debate about the capabilities of blockchain is still rife. Some sections argue that the emerging technology is overrated as it is seemingly being touted as the panacea for problems faced in just about any industry. Others insist that the potentials of blockchain tech are enormous; we have barely scratched the surface of blockchain possibilities, they argue. In this piece, I will try to avoid this debate and instead spell out a few ways blockchain technology can solve some of the problems in the social media industry.

The Problem With Social Media

Social media is a phenomenon in its own right. Since its advent, which can be traced to the late 90s, it has grown rapidly surpassing most technological advances before it. Put in perspective, Facebook, one of the biggest social media platform, reached its first 50 million users just after 2 years. To reach the same milestone, the internet needed 4 years; television, 13 years and telephone 75. With over 2 billion users in just over a decade, Facebook has grown at an amazing pace; and so have many other social media networks. Beyond sheer size and reach, social media has opened up a whole new economic space and has changed the way society interacts.

Its tremendous impact notwithstanding, social media is far from perfect. Both big and small players in the sector have come under criticisms about issues around content monetization, authenticity of content, access to content, privacy data security. Not so long ago, Facebook was at the center of a data scandal after users’ data were unlawfully used by a third party to advise on elections in the US and UK. For its part, the organization has made efforts to plug the gap and avoid future incidents like that. It would be wrong to assume that operators of these social platforms stand idly by and watch their flaws consume them; they just may be powerless to address these concerns in their present state. It can be argued that the source of most social media problems come from its very core—the ‘centralized’ nature of its administration.

The Characteristics of Blockchain Can Be Helpful

First and foremost, blockchain offers decentralization which can be seen as true democracy. The power over content, rewards, and that to make certain decisions lie in the hands of the users of the system. This is unlike the entertainment and social networks that are prevalent today.

Take YouTube, for instance, the company through strict rules and their implementation dictates the nature, volume, and value of content on the platform. They reserve the right to decide who gets paid for a content, who doesn’t and how much. Much has been said about the incident of April 3 in which a woman, Nasim Aghda opened fire at the Youtube headquarter after her channel was censored and demonetized. What’s more fascinating is that these ‘centralized’ organizations can independently decide how much viewership content on their platforms can get.

Secondly, blockchain technology makes for greater security of online data through its inherent features of transparency and immutability.

Another area of huge possibilities lies in the ability of several blockchain networks to support smart-contracts, which are pre-programmed sets of instructions that are executed automatically when certain conditions are met. Payments, transfer of ownership etc., can be programmed in a smart contract which cannot be manipulated.

These properties and others are already being tried to tackle some of the flaws identified with present-day social networks and thereby improve the social media industry.

Most social media platforms make money by running adverts and therein lies one of their biggest flaws; the rewarding system. The system is made up of people who create content, those that interact with them (through likes, comments, and shares), and the platform itself. Each group plays key roles to make content valuable and as such should be duly compensated. But this is not always the case with ‘centralized’ social networks.

With blockchain-based solutions, however, the interactions people make with content can be tracked and quantified such that each participant is given proper compensation based on one’s actual value in the system. This way, all who interact with content to make it valuable—from the creator to the end consumer are rewarded accordingly.

The Kik chat app is trying to achieve this with the introduction of its cryptocurrency, Kin [KIN]. The teen chat app introduced KIN to encourage developers, influencers, and other contributors to create valuable content, develop applications and offer services on the network. These participants are rewarded through KIN which is valuable within and outside the Kik app.

If it plays out well, Kik will become a marketplace where businesses can advertise directly to users without the need for middlemen. Also, users can share content and offer services to other users. This is because they have an added incentive to participate on the network. The KIN crypto can be bought by anyone within or outside the Kik app and benefit from gains in its prices.

Kik is definitely not the only company exploring this method to incentivize content creation and consumption. It is for its scale that we gave it a mention ahead of smaller players like Rize, an offshoot of YouNow.

In April, students of the prestigious Peking University in China, took to blockchain to avoid censorship as they coordinated the #MeToo protests. In like manner, social networks can use the power of blockchain to circumvent censorships in countries like China, North Korea or regions where access is restricted. Virtual Private Networks (VPNs) were the only way to bypass this kind of restrictions, but now with borderless blockchain networks, content can be accessed anywhere around the world.

Blockchain start-up, DECENT is one of the companies using distributed ledger technologies (DLTs) to facilitate content distribution and giving unfettered access to content. Through its protocol, premium content shared through its platform cannot be blocked by an individual or organization. Its ecosystem is fueled by its native DCT tokens which can be used to pay for content on the platform.

The problem of ‘fake news’ has been a constant feature in the news since last year. Though dissemination of misleading information is nothing new, it has been amplified through social media and their paid ad campaigns. Notable of course is the role these deceptive content played in the last U.S. presidential election. These social networks are making efforts to combat misinformation; Last year, Facebook made sweeping changes to its system of flagging fake content. It has also stepped up its fact-checking process by integrating machine learning but it has left more of this task to third-party service providers. Despite the effort, fake news is a regular occurrence on these networks which means more needs to be done to authenticate information out there.

Blockchain start-ups are already hard at work in this regard. Userfeeds is developing a system that uses incentives to encourage users to rank content. Its platform allows participants to create feeds, rankings, and leaderboards for ERC721 and ERC20-based DApps. When users are incentivized to authenticate accurate content, fake information can be greatly reduced. Another platform, Prover focuses on verifying the authenticity of video content. This is particularly helpful as technology gets more sophisticated and fake news goes beyond the text format which is prevalent today to include realistic videos and audios.

For blockchain-based solutions to the problems plaguing social media platforms, it would not be a walk in the park. The technology faces its own challenges which border around its adoption.

They face the uphill task of getting people to purchase their tokens which will be used to run their platforms. Social media users in most parts of the world enjoy access and basic features on the platforms for free. It will be an uphill task to get actual users of the network to pay for the tokens. Some blockchain ventures have recorded successful Initial Coin Offerings; Kik, for instance, raked in about 100 million from its token sale and DECENT (mentioned earlier) raised a decent $4 million from its ICO back in 2016. These figures shouldn’t flatter anyone because investors are not necessarily users of the platform. It is even detrimental to these platforms if more of their coin holders are mere investors who will keep the assets outside the system (or application) where it is needed.

Secondly, and similarly, these platforms need to work very hard to get enough users to sign up for any meaningful impact can be made. Decentralized systems require a reasonably large number of participants to perform optimally.

Despite the challenges blockchain-based solutions may face before they are adopted, they offer a way forward in the industry. As content creators and users leverage their blockchain-enabled features to increase revenue and avoid unnecessary censorship, they would gain the wider attention and more traction.

Another possibility is that the established social networks will defer to the superiority of blockchain technology and rebuild their platforms based on it. Kik is already leading the way with its KIN cryptocurrency. Facebook is having an interesting romance with blockchain technology too. In May, the platform which has about 2 billion users appointed its first director of Blockchain and followed up this month with the recruitment of personnel with blockchain skills including a director of Engineering for the Blockchain division. Founder and CEO, Mark Zuckerberg have spoken about the benefits of decentralization in the past leading many to speculate about what Facebook’s next move will be.