Bitcoin and the other cryptocurrencies in the market have been on a bull run for the past few trading sessions. At the beginning of the year, many rich cryptocurrency investors predicted that Bitcoin would rise to the moon by the end of the year. Even if the year has been rather rough, some investors still have a lot of faith in Bitcoin. The co-founder of Avenue Capital Group, Marc Lasry, recently predicted that Bitcoin will eventually sell as high as $40,000.

“People hope that Bitcoin will enter into the mainstream and become acceptable in more markets. I believe this is more the market bet. I think Bitcoin will get as high as $20,000 or even $40,000.”

Lasry’s personal fortune holds about $1.7 billion. He is one of the richest people in the world. Even if other investors are betting on different cryptocurrencies at the same time, Lasry puts his money on Bitcoin. He believes it will be the most beneficial cryptocurrency in the long run.

“I have faith in Bitcoin. It is the cryptocurrency everyone is going to look up to it eventually. The price of Bitcoin will increase as soon as the average Americans can access Bitcoin.”

According to him, he started investing in Bitcoin some years ago but increased his capital last year. 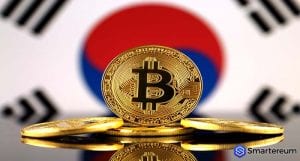