Congress hosted several hearings on cryptocurrencies which saw Rep. Brad Sherman (known for his controversy regarding crypto) call for a blanket virtual currency ban. The motion he put forward will ban the buying or mining of digital currencies. While Sherman is one among 400 lawmakers in Congress, the crypto proponents on social media quickly turned their attention to the California Democrat accusing him of bias (because his biggest donor in the past election is a credit card transaction firm in LA where California’s 30th Congressional, his district is based). 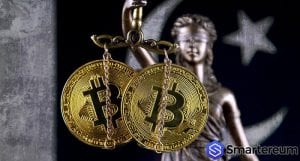 The CryptoCongress Hashtag Was Boosted Due to Sherman’s Comments

The hearing on its own and Sherman’s motion resulted in the CryptoCongress Hashtag expanding on Twitter. One source reported that the Hashtag reached one million followers and closed to 3 million impressions since the hearings began this Wednesday. For his part in the issue, Sherman’s reaction to this development remains to found. In fact, the lawmaker’s office hasn’t made any response or accepted a request for comment since the issue as of press time.

The response Sherman got since the incident was bluntly unsparing:

Some cited the fact that the government is printing dollars endlessly (in light of Sherman’s focus on mining). The harshest words where accusations of a disagreement of interests considering the Allied Wallet connection. Some even looked deeper into the matter and highlighted how back in 2010, Allied, forfeited 13.3 million USD to the authorities as a settlement over illegal online gambling payments.

Could The Outrage Cause Political Repercussions For The Congressman?

Since the hearing began, the #UnseatSherman2018 hashtag began to appear on social media with a host of observers who claim to be from the State saying they wouldn’t vote him back into Congress in the coming election. Whether the outrage will affect Sherman or not remains to be seen. However, it is clear that the crypto Twitter space came together in numbers light of the Congressman’s remarks.