Investment giant, JPMorgan, has informed the public about its plans to apply for a patent for the creation of a distributed system that issues vital depository receipts using blockchain technology. The receipts are more or less like initial coin offering tokens. JPMorgan filed the patent application in January. On Thursday, it was published by the United States Patent and Trademark Office (USPTO). The patent gives a summary of how users who are on the distributed network will be able to tokenize their assets as well as trade the virtual depository receipts. 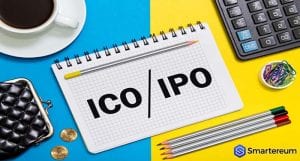 JPMorgan Makes Another Bold Move In The Blockchain Industry

The depository receipt will be a security token. So, it will be regulated like other tokens by the SEC. This will restrict how these tokens will be traded as well as where they can be traded. The nature of the asset will determine if the token holder will be able to redeem the said receipt by transferring the underlying asset to the custodian. The custodian will be the one to cancel the tokens.

JPMorgan believes that the proposed system will allow companies to host IPOS on a blockchain. This process is more or less going to fulfill the same promise of initial coin offerings. However, the company will most likely never admit this truth or refer to the process as initial coin offering.

An Overview of JPMorgan