The commission revealed that Coinbase had formed the PAC known as Coinbase, Inc. Political Action Committee since June this year. Even though the purpose of the PAC is to raise funds for public office candidates, the commission hasn’t raised or donated cash yet to any aspiring candidates. 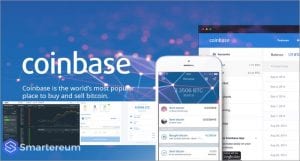 The government document listed a June 4 to June 30 reporting period. The Form 3x tagged a “Report of Receipts and Disbursements For Other Than An Authorized Committee,” confirms that the Political Action Committee isn’t currently affiliated to any political candidate vying for office. According to the Center for Responsive Politics, PACs are formed primarily to raise money on behalf of people running for public office, particularly those looking to represent specific businesses or ideological interests. The Center for Responsive Politics is a financial transparency body designed to track money used for political purposes.

Coinbase Has Financially Supported Political Causes Over The Years

Coinbase confirmed the news of the PAC formation through Elliot Suthers, the exchanges’ communications director. Suthers the announced to the press that the exchange has launched a PAC but declined to answer when asked to offer more details of the arrangement. While this is the first Political Action Committee to be formed by a crypto exchange, Coinbase has contributed 81,000 USD for political causes according to CNN.

The digital token exchange donated 78,000 USD to the Former Office of Science and Technology Policy advisor and Congressional Candidate, Brian Forde. The 3,000 USD balance went to BIT Political Action Committee, a PAC which has contributed to the campaigns of Republicans Josh Mandel and Justin Amash.