The daily average volume of Bitcoin futures according to CME (Chicago Mercantile Exchange) has reportedly increased by 93 percent in Q2 when compared to what was achieved in Q1 of this year. 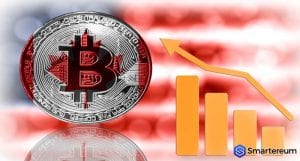 The company also went on to state that the open interest rate from Q1 or the sum of open contracts on the initiative has exceeded 2,400. This figure has amounted to the 58 percent increase seen in the first quarter of 2018. The CME group is arguably one of the largest global digital token exchanges around, and it launched its Bitcoin Futures back in December 2017 following CBOE’s (the Chicago Board Options Exchange) launch of Bitcoin Futures in December 2017 as well. CME’s launch came seven days after CBOE’s launch. CME (December 10) and CME (December 17) respectively.

Back in May this year, we can recall that it was reported that San Francisco’s Federal Reserve Bank released an Economic Letter. The letter published alleged that the fact that the price of the world’s largest crypto by market cap Bitcoin (BTC) declined following the near 20,000 USD all-time high recorded in December 2017, may have happened because of the introduction of Bitcoin (BTC) futures by exchanges. The San Francisco Federal Reserve Bank alleged that “the quick run-up and the subsequent fall in Bitcoin’s (BTC) price” after the Bitcoin (BTC) futures launch “doesn’t look like a coincidence.” Meaning it may have affected prices negatively.

Earlier in July this year, ETF, the biggest exchange-traded fund supplier in world BlackRock, revealed that it is looking into forming a working body to deliberate whether or not the startup should invest in Bitcoin (BTC) Futures. However, the fact that the firm is looking to launch Bitcoin (BTC) Futures represents a shift for BlackRock, because the startup has been critical to cryptocurrencies in recent years.