The debate about whether the XRP token is a security or not remains popular in the crypto sector. Now, a certain financial expert is insisting that the XRP token isn’t a “real cryptocurrency.” The SEC for its part regarding the regulation of the industry is yet to issue any statement clarifying whether or not the XRP token is considered as securities. 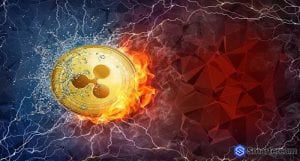 Major Players in The Crypto Sector are Shying Away From XRP

Coinbase announced recently that it was looking to add five more digital assets to its list of supported virtual currencies with Stellar Lumens one major token that the San Francisco-based exchange is seeking to include. Nearly a fortnight ago, crypto hedge fund mogul Steven Cohen, revealed that he is looking to invest in a virtual currency-based hedge fund tagged Autonomous Partners.

Despite the significant progress made by XRP (XRP) since its launch, the controversy surrounding the network’s XRP token is arguably a sore spot for the startup. It has and still is the subject of many lawsuits with investors accusing the network of selling its XRP tokens as unregulated securities.

In an interview with the Express.co.uk, the CEO of Elpis Investments, Anatoly Castella, boldly stated that the XRP asset is not a real virtual currency. According to the CEO, the token does not conform to the “actual interpretation of what a cryptocurrency is.” The Elpis Investments chief executive officer went on to say that:

XRP (XRP) is similar to a fintech platform merging the best features of fiat funds and Blockchain virtual currency. The (XRP) is a ‘Digital Fiat,’ and not a real cryptocurrency. The network isn’t mined and has no miners. Instead, transactions are conducted via a ‘centralized’ Blockchain powered network to make it quicker and more reliable. All of XRP tokens were mined at once by Ripple Labs Inc with the majority of the digital asset held by the parent company.